Ride of Mud and Fog!

From Wikipedia, the free encyclopedia
Fog is a cloud that is in contact with the ground. A cloud may be considered partly fog; for example, the part of a cloud that is suspended in the air above the ground is not considered fog, whereas the part of the cloud that comes in contact with higher ground is considered fog. Fog is distinguished from mist only by its density, as expressed in the resulting decrease in visibility: Fog reduces visibility to less than 1 km, whereas mist reduces visibility to no less than 1 km but less than 2 km. For aviation purposes in the UK, a visibility of less than 2 km but greater than 999 m is considered to be mist if the relative humidity is 95% or greater - below 95% haze is reported.

The foggiest place in the world is the Grand Banks off the island of Newfoundland, the meeting place of the cold Labrador Current from the north and the much warmer Gulf Stream from the south. The foggiest land areas in the world are Menomonie, Wisconsin, Point Reyes, California, and Argentia, Newfoundland and Labrador, all with over 200 foggy days per year. Even in generally warmer southern Europe, thick fog and localized fog is often found in lowlands and valleys, such as the lower part of the Po Valley and the Arno and Tiber valleys, as well as on the Swiss plateau, especially in the Seeland area, in late autumn and winter.
It was a very foggy day in DFW today. I woke up rather early today, around 5 AM. The morning news folks were preaching not to drive unless one absolutely had to. I did not ride yesterday and I was starting to suffer from withdrawal symptoms. So, I had to ride today.

I like riding in the fog and mild rain, although I do not enjoy getting my glasses wet. On days like these, I really miss wearing my contacts. I have to get my eyes tested for contacts again and get a new set of disposables, soon.

For some unknown reason, Windows Vista crashed on me tonight and I lost 3 photos I had taken earlier today, along with some from a few days ago. Rats :(

So, while I do not have a photo of fog to post, I have this one, which I took over the weekend, which you might enjoy! 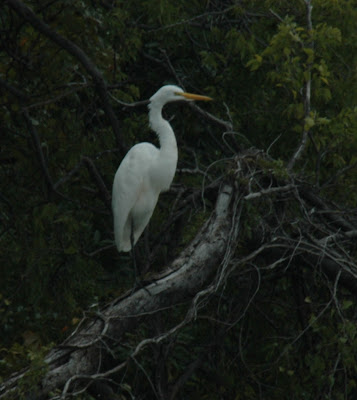 And, this one here is for the nature lover in y'all! 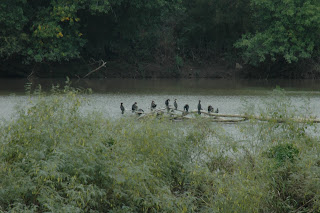 One goofy thing about the fog is that it makes my beard wet. I guess it is the moisture in the air.


I guess Rantwick is in the hair, I mean air :)