Ride around the White Rock Lake!

Last Saturday (2/27/2010) was a very nice and sunny day. I rode to White Rock Lake (WRL), went around the lake once and rode back to Irving. It was a great day to ride. Lots of traffic on the White Rock Lake trail. You can catch this trail near Medical City, off Forest Lane. For those of us wanting a cup of coffee, there is a Starbucks right there.

I usually do not drink my coffee black but this time around, surprisingly, I got a cup of Pike's Place and this elderly gentleman who was taking a break and I had a great conversation about cycling, dogs and DORBA and all that good stuff. I forgot to add sweetener and cream to my coffee. I drank another cup without any sweetener or cream on the way back from White Rock Lake. May be I can pull it off without the sweetener and cream. Hmmm... 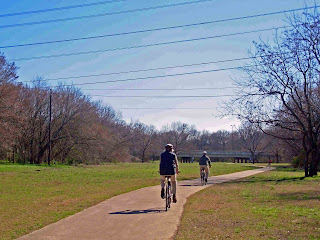 I usually look for odd things on the trail. During this trip, I found these abandoned shopping carts. May be the shopping experience wasn't pleasant? 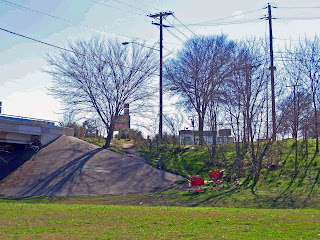 The sun eventually came out and things really brightened up at the lake. The birds were having a ball. At the White Rock Lake there is no shortage of all kinds of water birds. They come in all sizes too. I have seen some pretty large birds there. 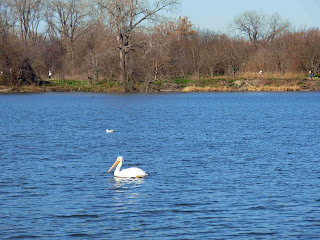 The geese were having a conference of sorts. Perhaps deciding if they should use a fixed gear water-bike :) 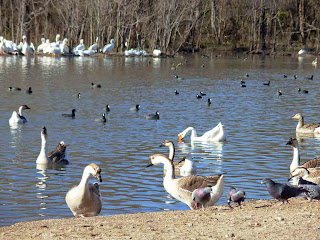 There were tons of people walking their dogs. Sorry Shaggy, I did not take you to the lake. I ran across this handsome fellow, who was very happy to pose for a picture. But once he found out that he was drooling in the picture, he was very embarrassed. 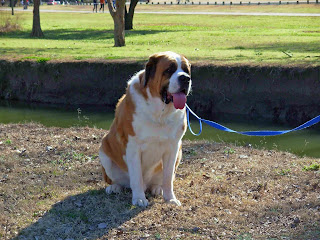 A very nice statue of a worker from the CCC! 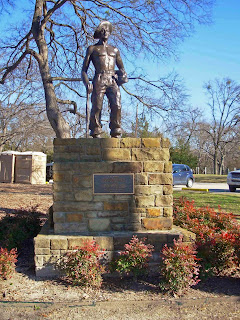 A little plaque that tells us a bit more about the CCC workers who were instrumental in the creation of the White Rock Lake. I salute these fellas! Without their hard work, this nice lake may not even be there. 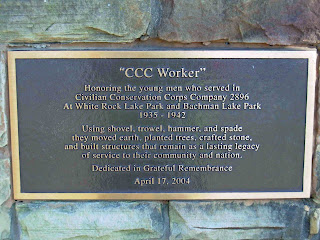 After admiring the statue of the CCC worker, I rode around the lake once. 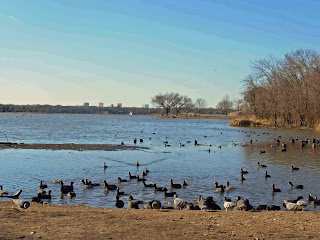 The dog park was filled with people and their dogs. There is no telling how cheery people are when it is sunny. I know I am. I don't mind the cold but I surely like getting my dose of sunlight. 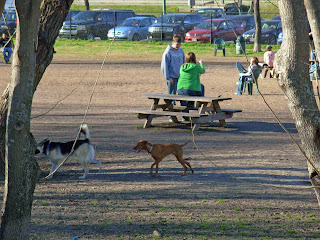 I see many cyclists at the WRL Trail who could stand to benefit by taking the Traffic Skills 101 class from LAB. There are some who ride so fast and recklessly at the WRL Trail. These folks should really be riding on the roads, where there are no recreational bicyclists, pedestrians and children. I would even recommend a velodrome for these people.
Well, other than some close-calls with these special cyclists, it was a great ride to WRL and back.
Peace :)
on March 08, 2010