To Fort Worth and not beyond!

While I work on recovering the corrupt TCX file from my Garmin, here is a quick peek at the route I took. Myles of RatTrapPress helped me map a good route.

The route took me through some parts of Irving which I have never seen before such as the bike path in the park pictured below. 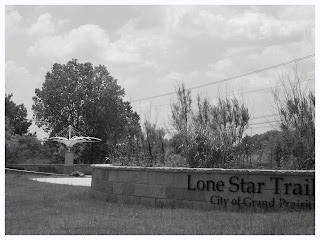 I rode through North Arlington, where I saw this building which I mistook for a mosque. It is apparently the back of Ripley's Believe It Or Not! Whoda thunk? 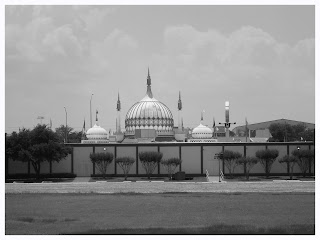 A little farm with adorable horses! 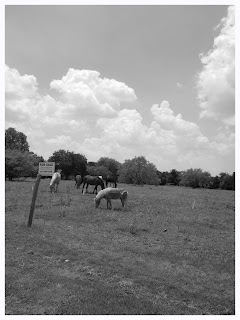 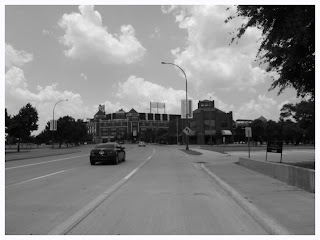 The multi-billion dollar brand-spanking-new Cowboy's Stadium in Arlington. I was expecting the traffic in this area to be downright horrible. But, to my pleasant surprise, it wasn't. May be because it was a Saturday? Not really sure. Please let me know if you know why :) 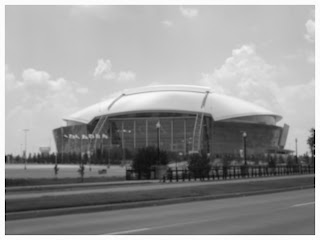 Did I tell you the sun was blazing and I was so hot. I ain't kidding ya! I drank a ton of water and Gatorade in order to keep hydrated. At this point in time during my ride though, things were kinda blurry. This is how things looked when I looked down at the ground :) 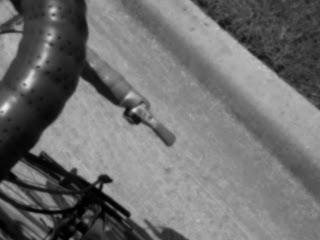 So, it was time to feed the monster. I stopped at a Panda Express to get a bite to eat. Vegetarian Spring Rolls, yummy! 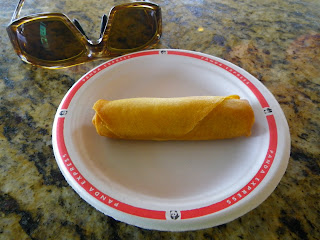 The waitress was kind enough to upgrade me to a large order of veggies as the order kinda got delayed. I didn't mind the extra food or the nice wait in the A/C. It was good to take a break from the torrid sun. 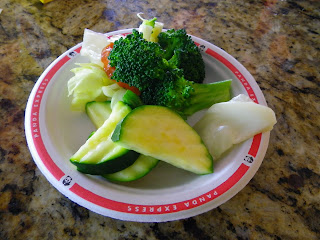 One thing that was not so cool about the Panda Express was the lack of a bicycle rack. I couldn't find anything appropriate to secure my bike to except as show below. 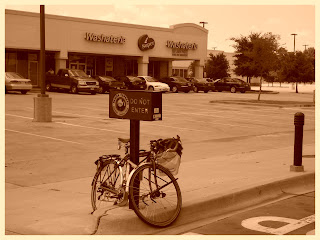 After lunch, I headed straight to Fort Worth without stopping anywhere except at watering holes. I saw this rustic church at Meadowbrook and Harwood. 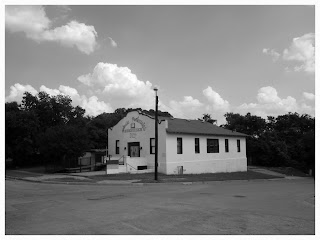 Another rustic church in Fort Worth! Check out the homeless guy laying in the front. It was at least 98 degrees and hotter than shell! I hope the guy made it through the day okay :( 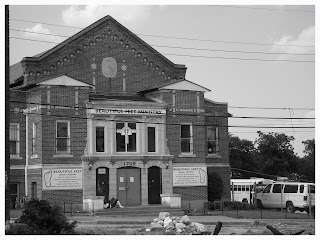 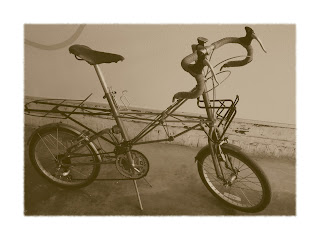 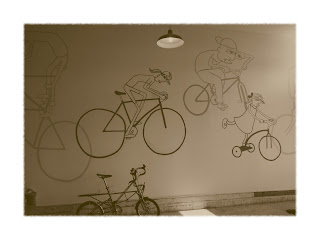 There were a bunch of people visiting Trinity Bicycles including me. Pictured are some of the visitor's and the shop's bicycles. The Surly Karate Monkey with the dropbars is Brian's. Brian is Bernie's right hand! Bernie's the owner of Trinity Bicycles. All right, I know, I know. I could have been terse :) 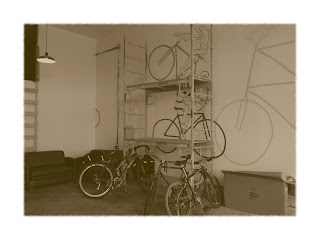 More bicycles at Trinity Bicycles! This shop is spacious now. Once the business picks-up some more, I am not so sure there will be so much space in the shop :) 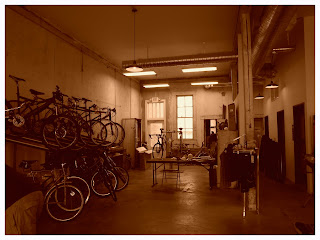 After a brief stop at Trinity Bicycles, I headed to the T&P TRE station. Though I have been to the T&P before, I hadn't noticed their nifty bicycle parking system before. It looks nifty. I definitely hope it is theft proof! 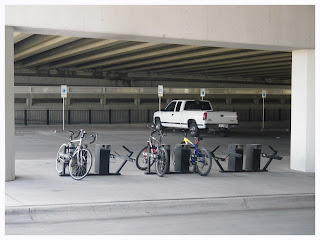 Did I say hi-tech? 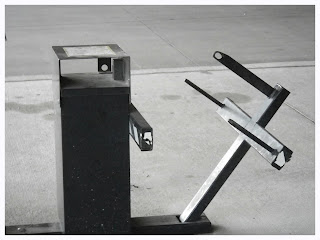 Look at'em! They look so secure. I hope they give bicycle thieves the creeps! 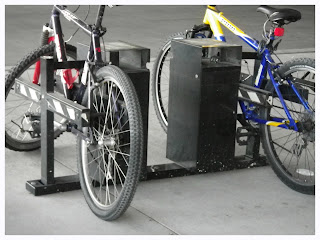 I caught the Eastbound TRE Train at 1815 which brought me to West Irving promptly at 1850. I rode the remaining 10 miles to Valley Ranch happy as a dog eatin' bones :)