Having multiple bikes for multiple purposes is fun and all, but if you use them at night, it is imperative that they be equipped with proper lighting. Almost all my bikes have dynamo-powered lighting, but as I mentioned in an earlier post, I like to have a back-up battery-powered taillight as well. I used to move the taillight to the bike I ride in the past and it worked quite well, but it was not flawless:
So, I embarked on integrating my battery-powered taillights into my helmet setup. I have done this sorta thing in the past. Later, I changed my mind about it, and now I am back at it again.

The two black pouches that you see on either side of the helmet hold the battery packs. Each one contains 4 AA batteries. 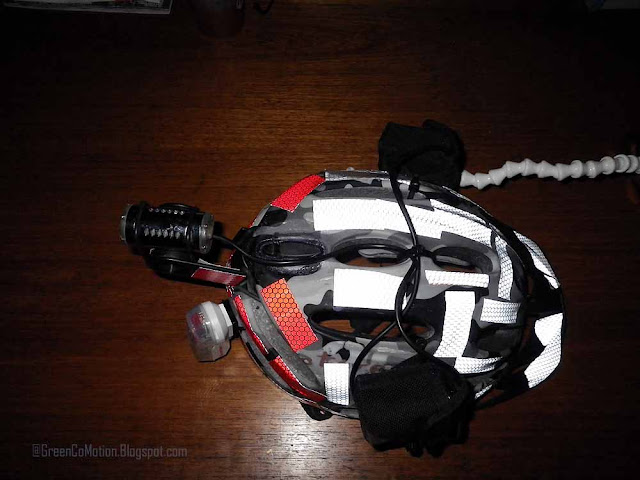 In the rear of the helmet are the Dinotte 140R-AA and the Planet Bike Superflash Turbo. 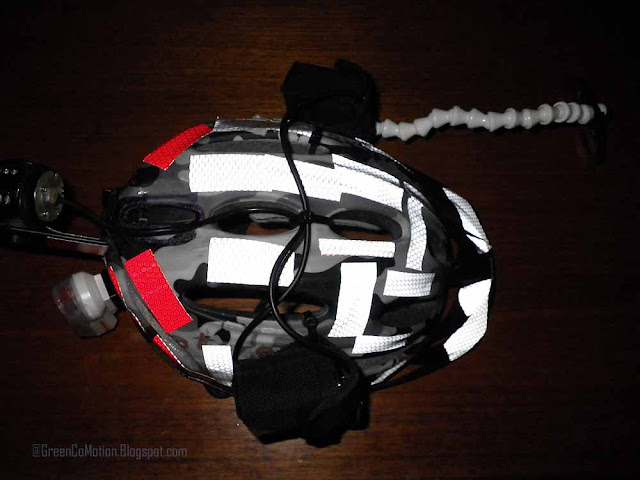 Lots of silver night-reflective tape to increase frontal and side visibility! 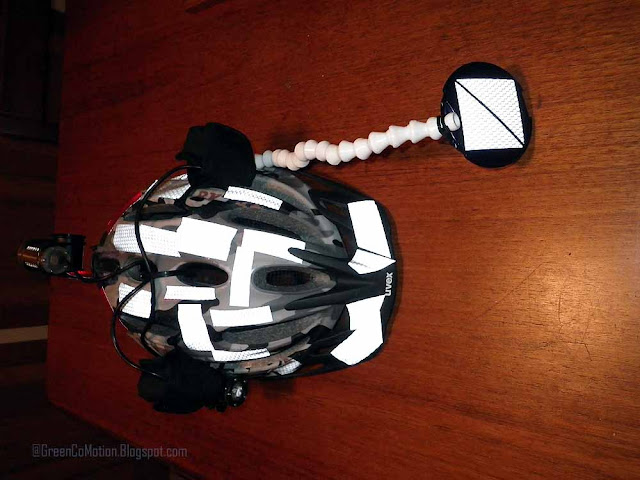 Close-up of the set-up! Do you see the Dinotte 200L-AA-S , just below the battery pack on the right side of the helmet? I use this light to try to notify traffic (merging onto the road that I am on) of my presence. Phew, that was a painful-to-coin sentence :) 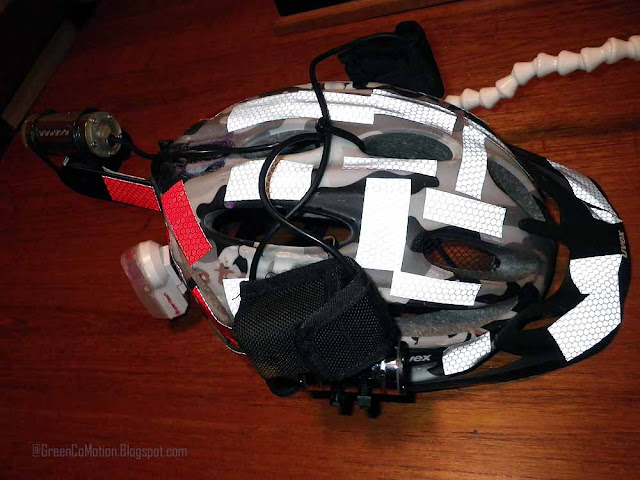 The front of the helmet lit-up by the flash. Photo taken in partial darkness. 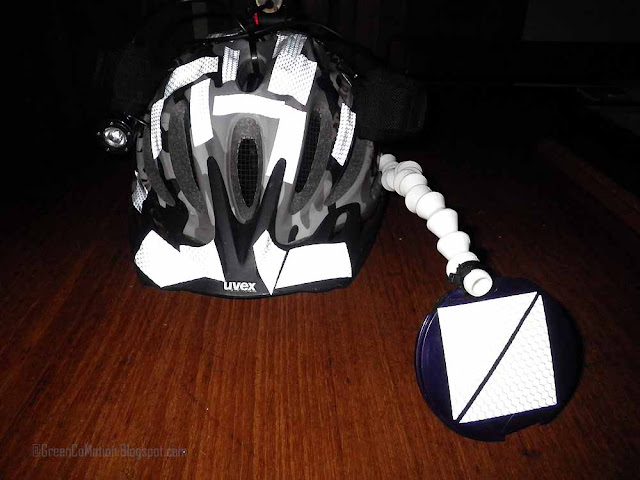 The rear of the helmet, flash photo! The little circles/dots of reflective tape you see were created using a hole-punch. This was my friend Michael's idea! Thanks, Michael :) 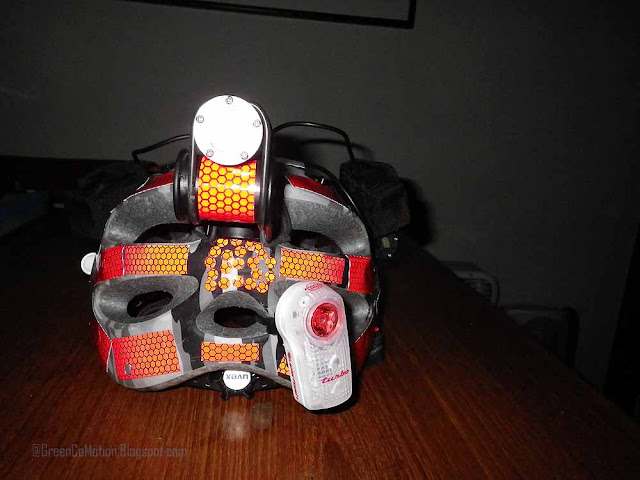