Brahma and I participated in the 2011 Irving Independence Day Parade in Irving's Historic district this morning. Brahma was decorated for the occasion.

We were to ride behind Float # 16 at the parade. Float # 16 was the "Environmental Awareness/Green" float! It turned out that there were only three bicycle riders (official riders in the parade). I did see a few other cyclists. 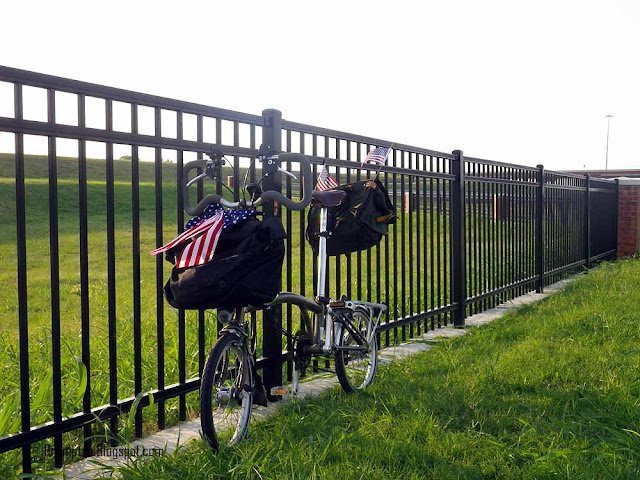 We left home at 7 AM and rode the Campion Trail to get to O'Connor. The trail had quite a few users on it. I am sure they were trying to avoid getting baked in the hot Texas sun later. 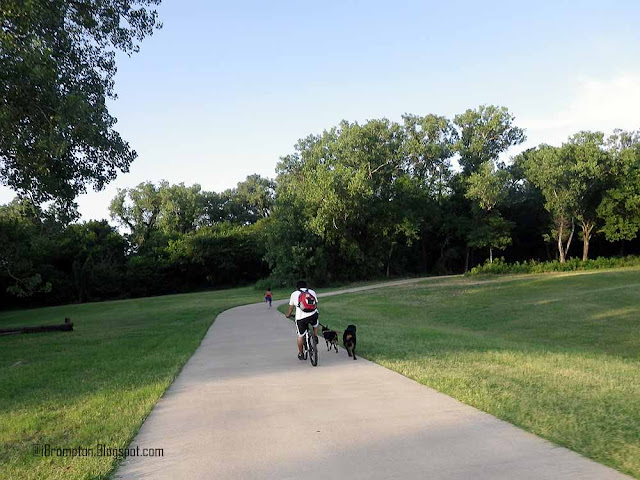 When I got to the venue, the place was hoppin'. They even had some very cool clowns. The skating monkey (and the skating bear) were very entertaining. I am sure the kids loved them. I did! 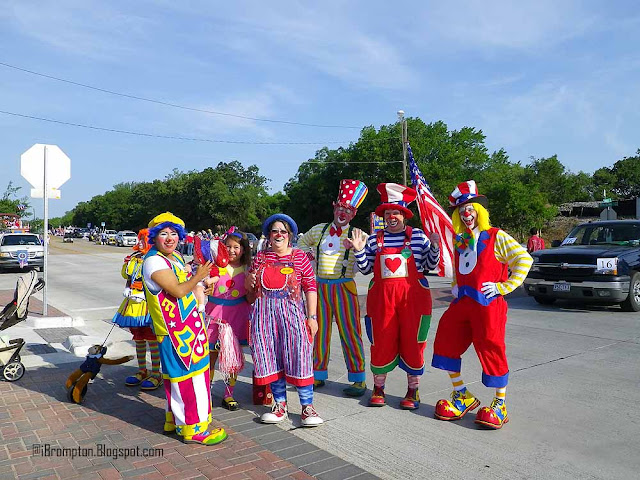 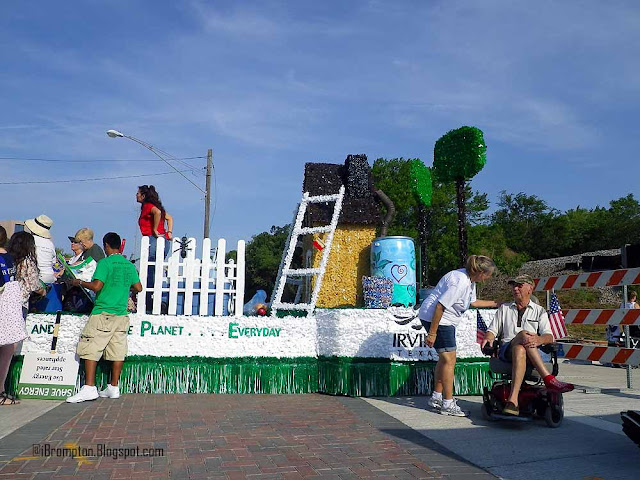 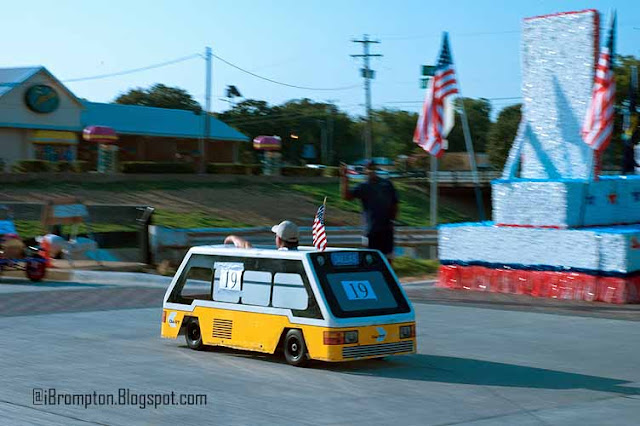 Cool vintage looking car. I chatted with the owner and he told me all about it. 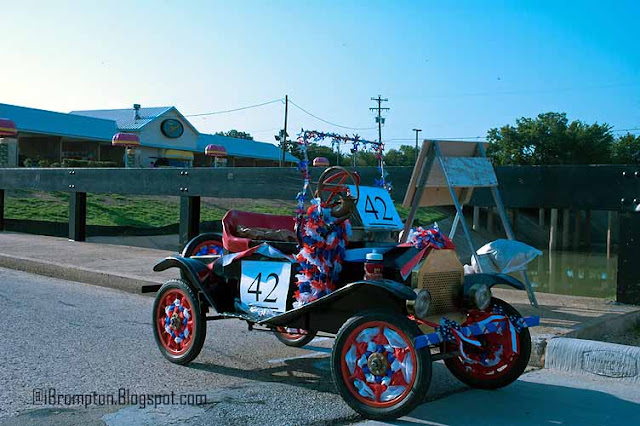 It ran on gas, using a lawnmower engine. That's not bad, for a toy! 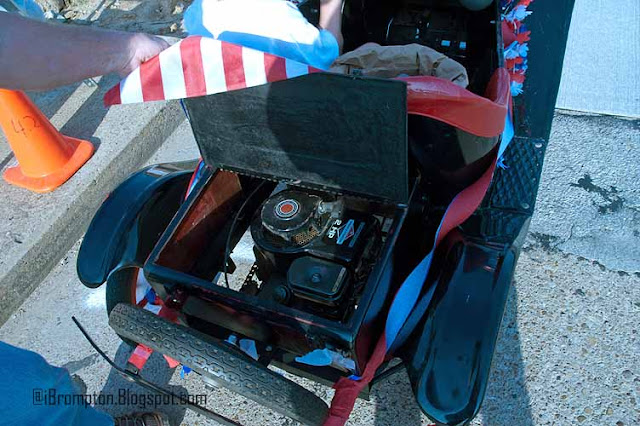 Frant instructing school kids who volunteered to pass out various goodies during the parade. 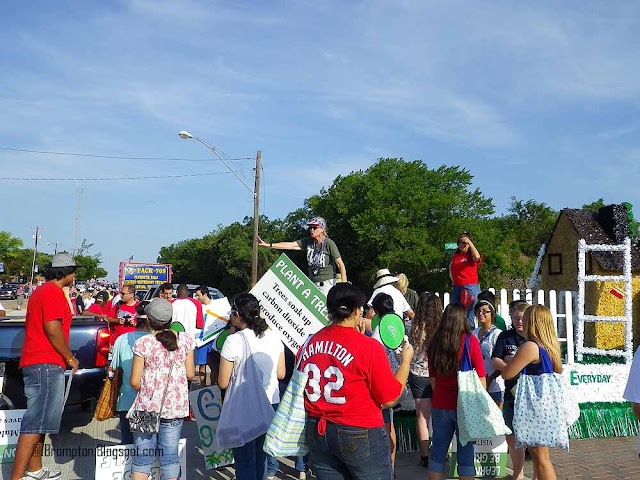 Ambassadors of the environment! 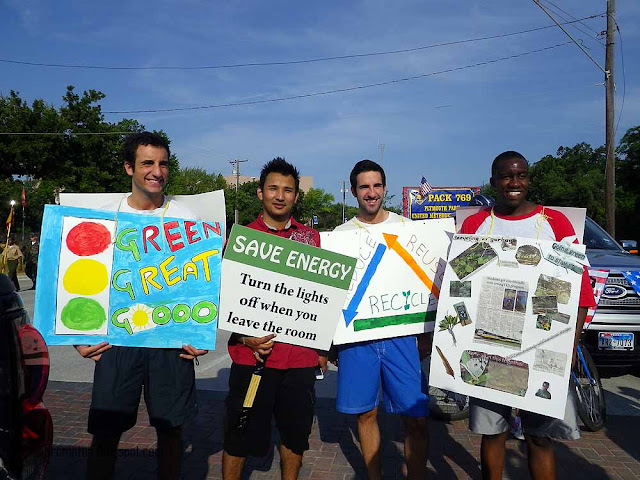 More ambassadors of the environment! 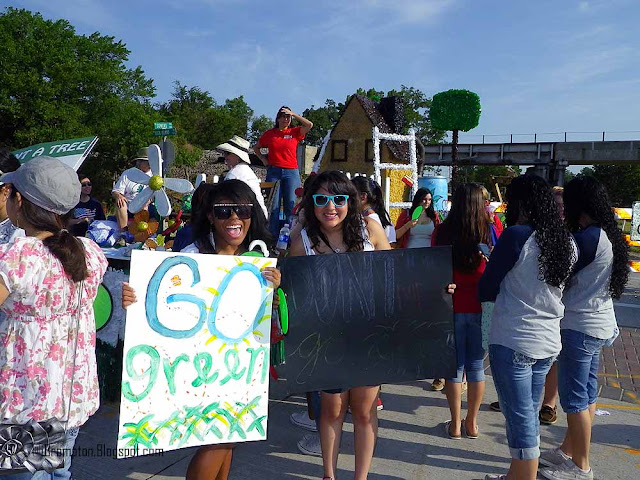 The second rider in the parade. This gentleman was a teacher and was very nice to talk to. 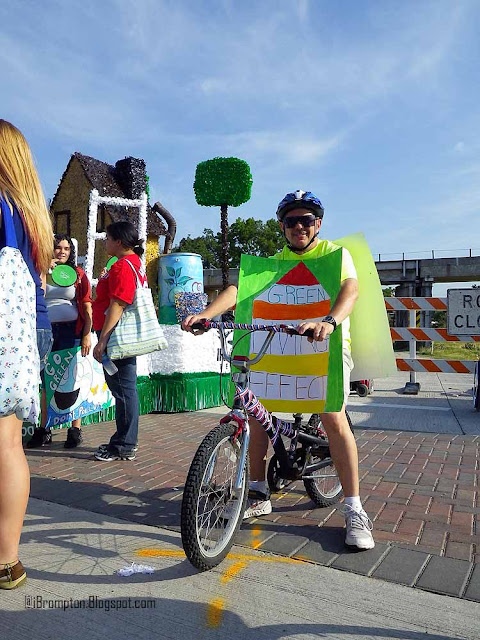 What's a parade without a marching band? I felt sorry for these kids carrying all the heavy music equipment though. It was getting to be quite hot by the time the parade began at 9 AM. 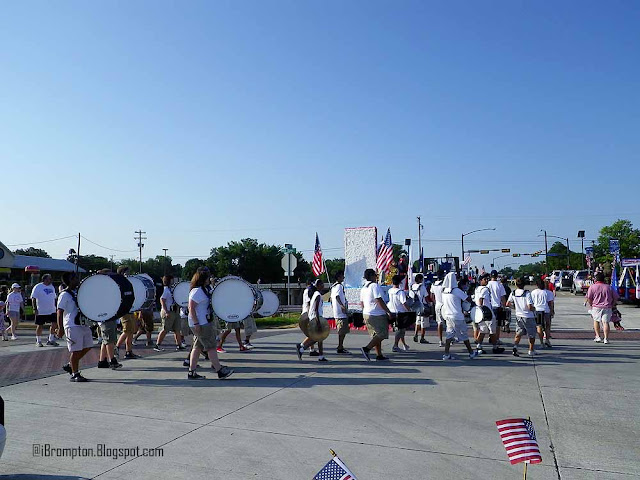 The guy who rode the Trek below did not ride it in the parade, but he rode it to the parade and he was a volunteer, who manned certain stations on our float. Trek aluminum bike? Hmmm... 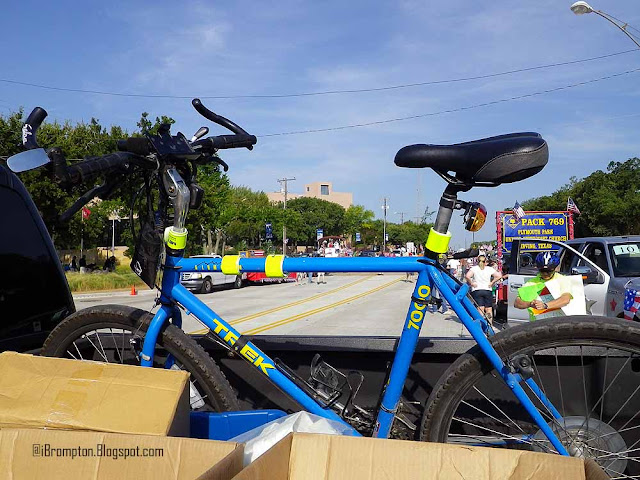 The grandest participant of all, my little buddy... 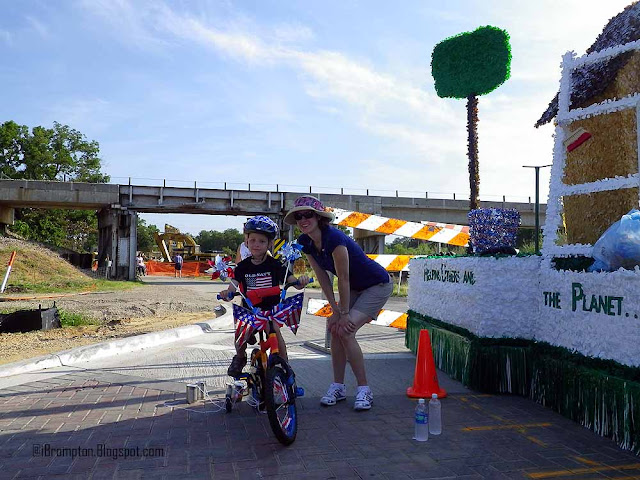 The super-cool skating bear and her companion. 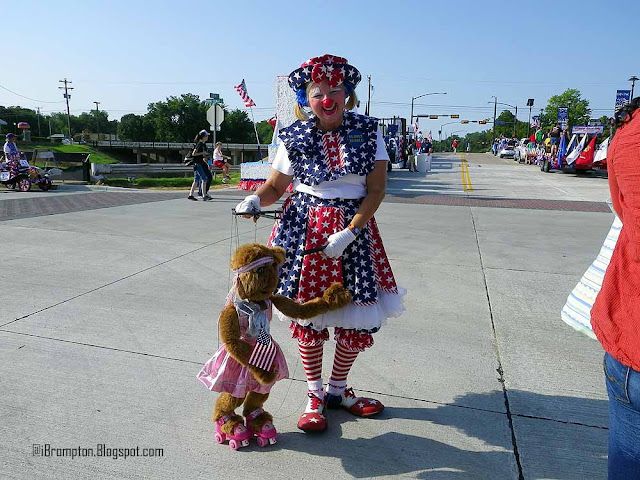 I didn't get a close-up of the dude that was sitting in this float/car. He was a President Obama look-alike. 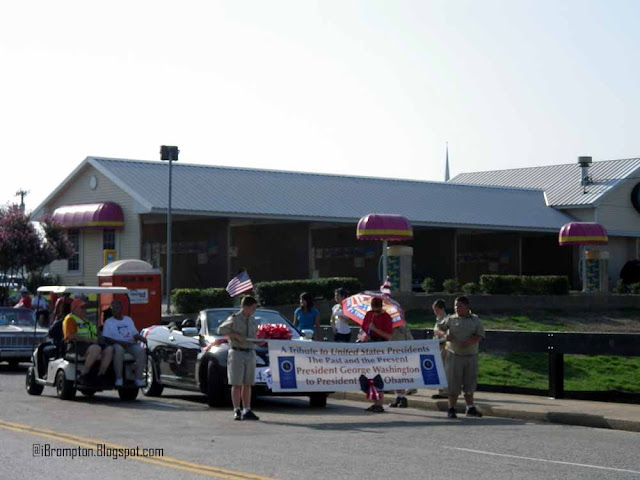 There were some Model T cars at the parade. These autos add flair to parades. 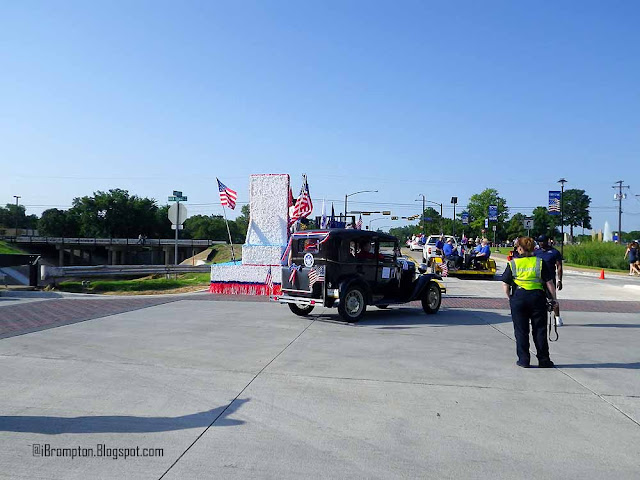 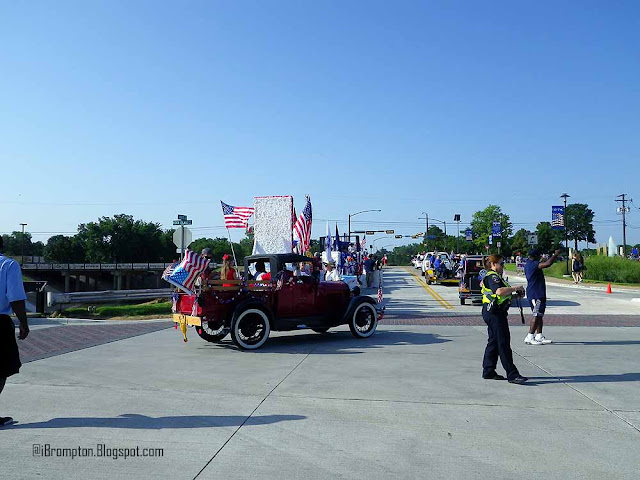 I was quite hot during the parade. You see the fountain in the distance? When our float reached that fountain I was so wanting to go jump in the fountain. 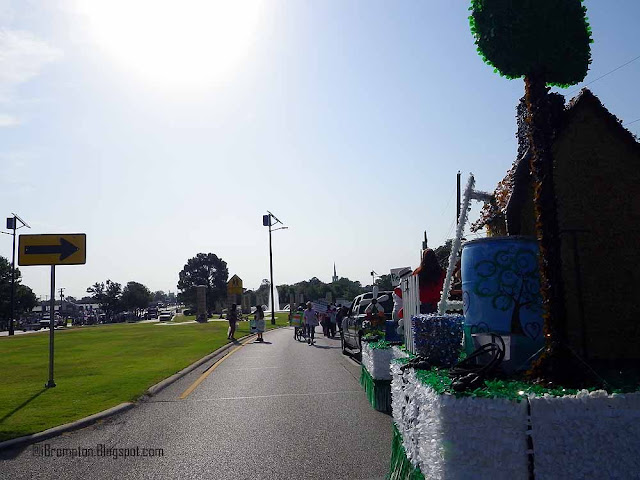 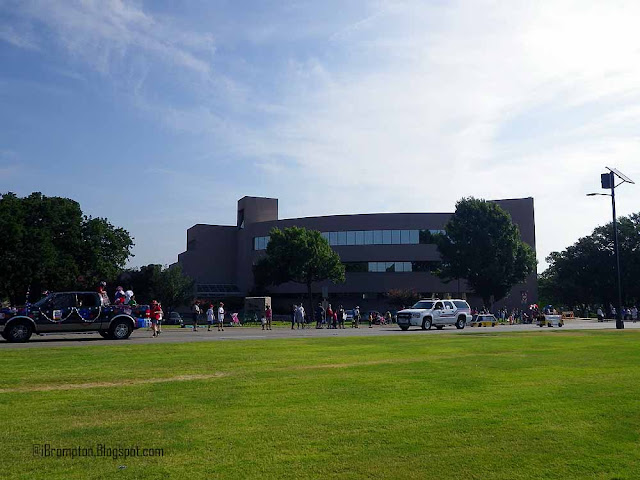 Some super cool Mexican dancers. The music that the band in the truck was playing was very nice. Unfortunately, my knowledge of Mexican music is quite limited and so I can't tell you what kind it was. But believe me, it was awesome :) 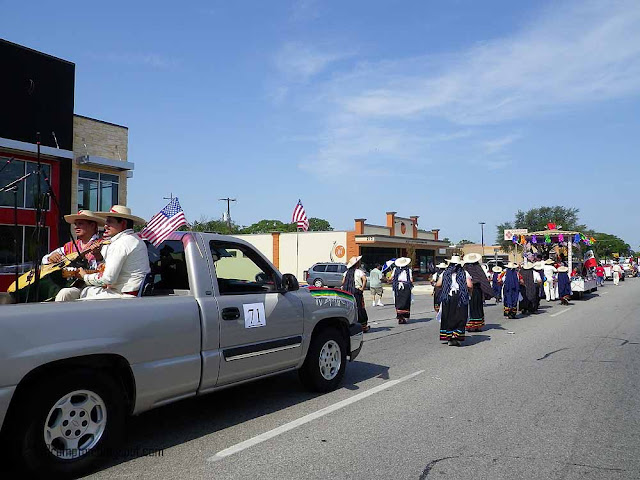 The band that played the Mexican dance music. 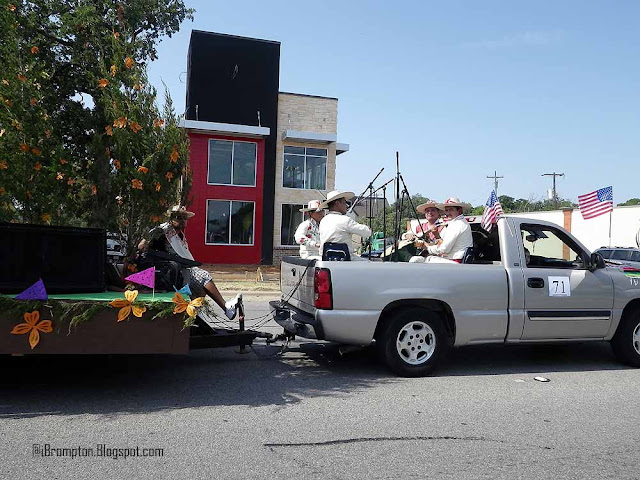 Little horse. I hope he got to drink lots of water. 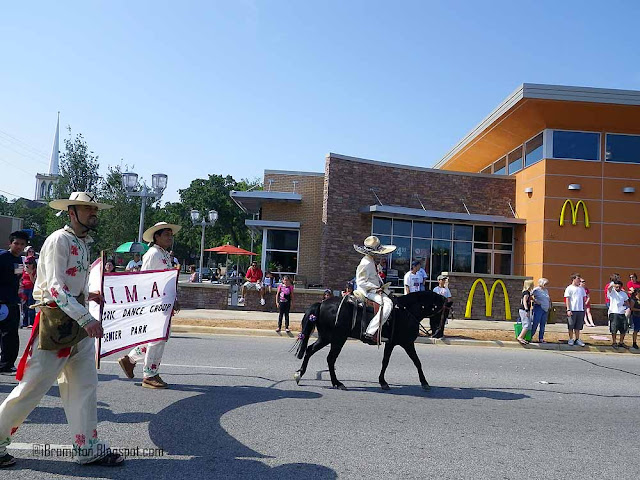 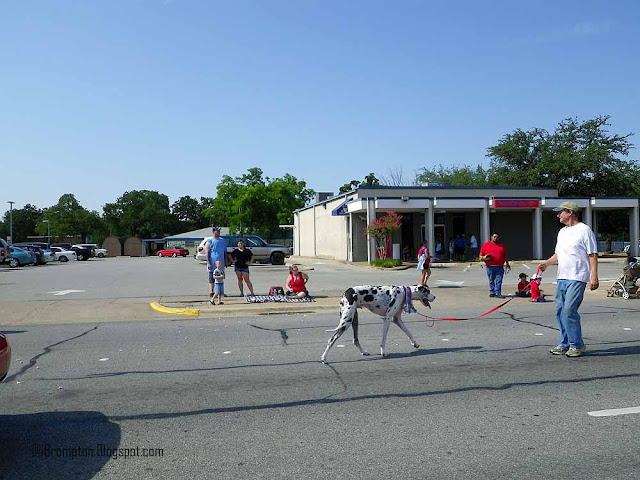 Soon as our float completed the parade, I started heading back home. On the way back, hid in the shade around the canal in downtown Las Colinas. 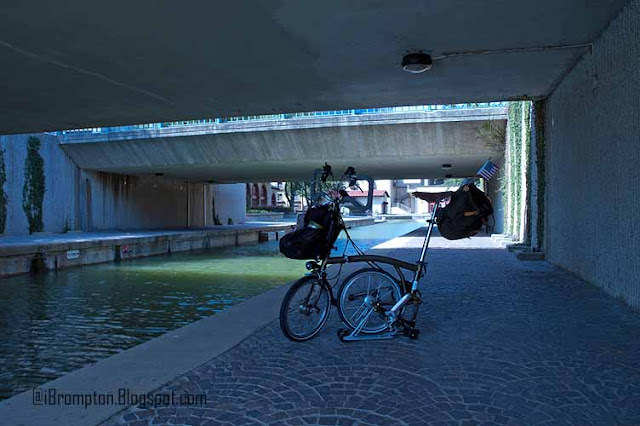 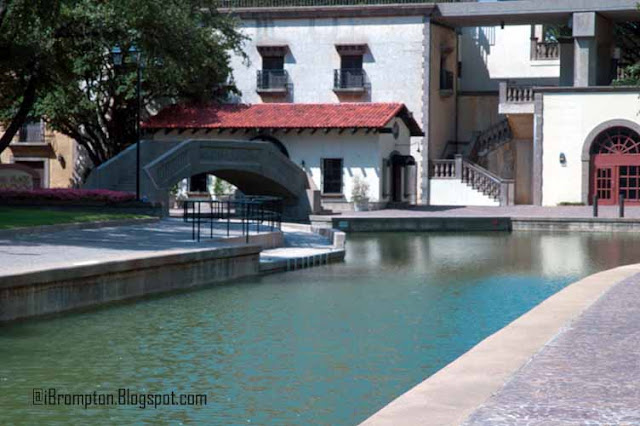 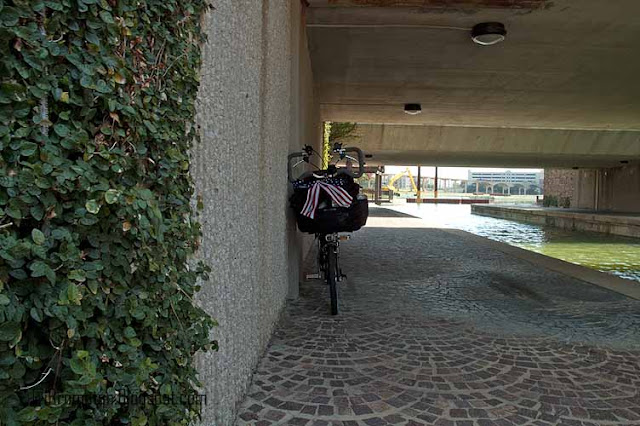 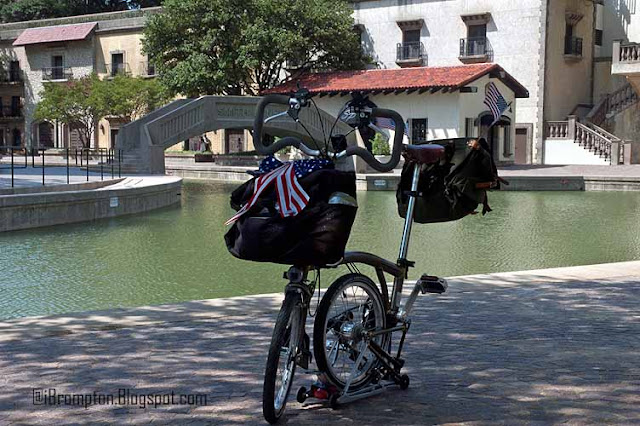 After hanging out in downtown Las Colinas, I took the trail back home.

I had a great time at the parade. There were somethings that could have been done better:
Hope you had a great day as well!