Bicycling Magazine - Didn't know they had it in them...

One of the perks of being a member of the LAB is a subscription to the Bicycling magazine. As many of you may be aware, I am not a racing cyclist, nor do I ever wish to be one. In my opinion, Bicycling magazine caters to people who care about racing and riding fast. My personal bicycling magazine choices are 1) Bicycle Quarterly and 2) Bicycle Times. Bicycle Times has a lot of articles which are right up my alley as far as my cycling interests are concerned, namely, commuting, cargo cycling and cycle touring (to some extent) and new bicycles/bicycling gear (not just jerseys and feather-light carbon bikes). I like Bicycle Quarterly because they talk a fair bit of science in their articles: Experimental Design, Regression Analysis, etc. This kinda stuff melts my heart --- to some extent :)
However, I was pleasantly surprised by one of the major articles in the latest issue of Bicycling, which I received in mail last Friday. 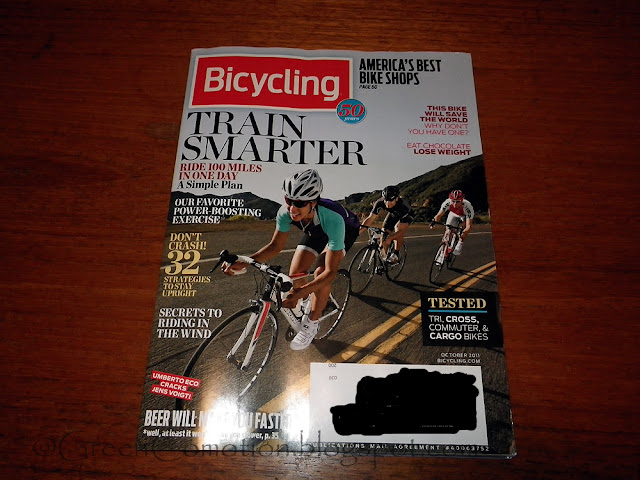 The article was about Cargo Bicycling. To give credit where credit is due, this is a reasonably well-written article about Dutch and American Cargo bicycles. It would have been nice to see more information on alternatives to a Cargo bicycle, such as a cargo trailer, but the article is a good one, as such. 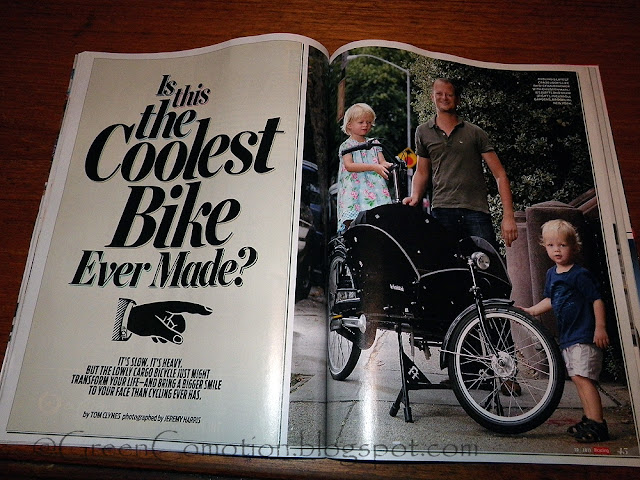 While I haven't gone car-free yet, I run a lot of errands on my bicycles many times. Perhaps, I will take a look at future issues of Bicycling for articles such as these, which are more useful for every-day cyclists like myself.