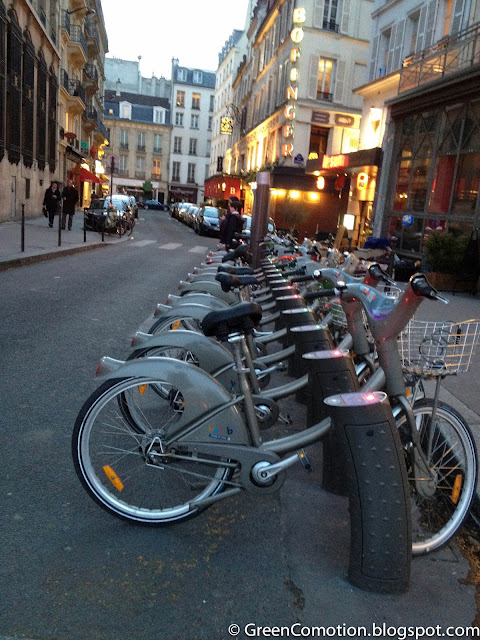 Renting a Velib is not hard, especially if you have the right type of credit card. You will need a credit card with a RFID chip, such as the one pictured below. Chase is not the only bank which offers these cards. {Photo of credit card below courtesy of Chase Bank}. You can also rent a Velib with your Navigo pass (a special kind of Paris Metro Pass), but you will need a subscription, nevertheless. 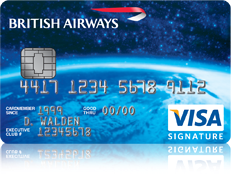 There are several rental subscription options available for renting a Velib. The cheapest, the one day option costs 1,70 €. However, if you return the bike to a Velib station within the first 30 minutes of renting one, there is no charge. Sometimes, this is where it can get tricky. You may not find a station, closest to your destination, for returning your Velib and you may have to go another block or so and return your Velib at the next station. I didn't run into this problem, but I did run into a couple of people who could not return their bicycles at a Velib station and had to go find another station with an empty spot. But, given there are so many stations in Paris, it really is not that big a deal.
At the Velib stations, the instructions for renting a Velib are in French and one or two other languages. There is an English option. A typical Velib station looks as shown in the very first picture in this post. Obviously, you (may) see a bunch of bicycles parked there.
The renting platform/machine is self-serve and is as shown below. 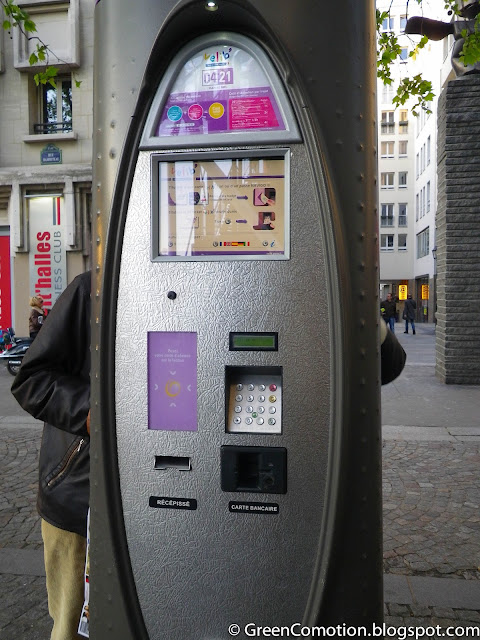 Here is a close-up of the Velib renting machine. The system is self-explanatory, but the one I used once  switched from English to French, throwing me a curve ball. Even though there is a Paris, Texas, we don't speak much French here. I have promised myself that I will get better at French, just in case there is another trip in the future. 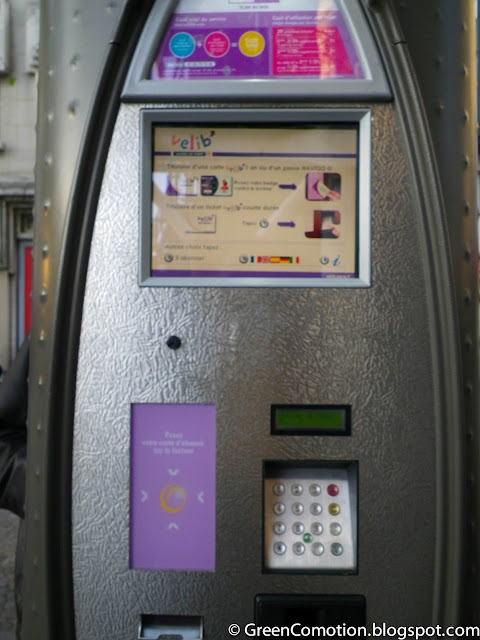 After you pay for the bike, a bike is released by the electronic system. A green light on the docking station (the structure to which the Velib is attached prior to renting) blinks telling you that your Velib is ready for you to take out. 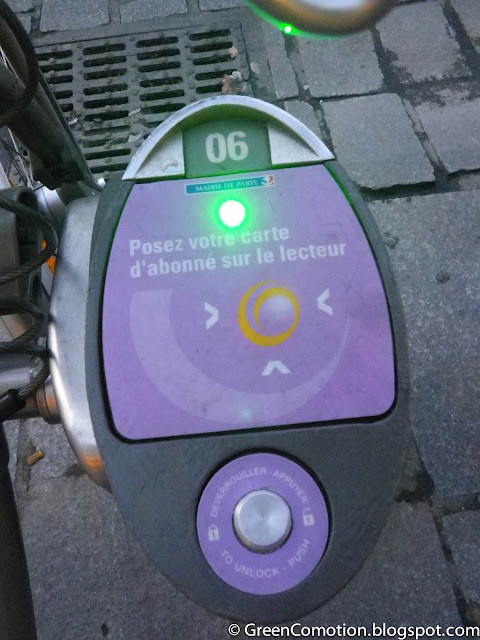 At this point, you just pull out the bike from of the docking station and ride. When done, you return your Velib to a docking station at a Velib station.
It is a good idea to check that after you return your Velib, the renting machine does not say that you have a Velib on rental! If it does, ascertain that the Velib you returned in secured docked into the docking station. There is a phone number to call in case of problems, but I did not use my Mobile service when in Paris.
Note: All Velib bicycles are equipped with a cable lock for the renter's convenience. This cable lock is NOT what you use to secure your bike when you return it to a Velib station! 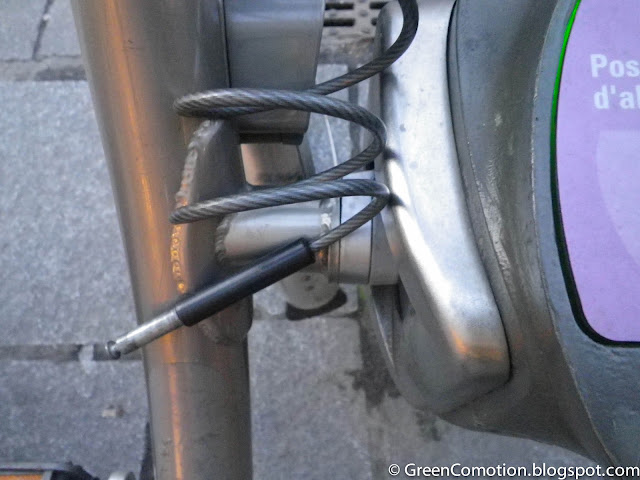 I was very impressed with the practical aspects of the Velib bicycles. They had some desirable features:
1. All Velib bicycles are equipped front and rear mudguards. 2. Velib bicycles use a Shimano Nexus 3-speed IGH (internally geared hub) and they were outfitted with Schwalbe Marathon tires. 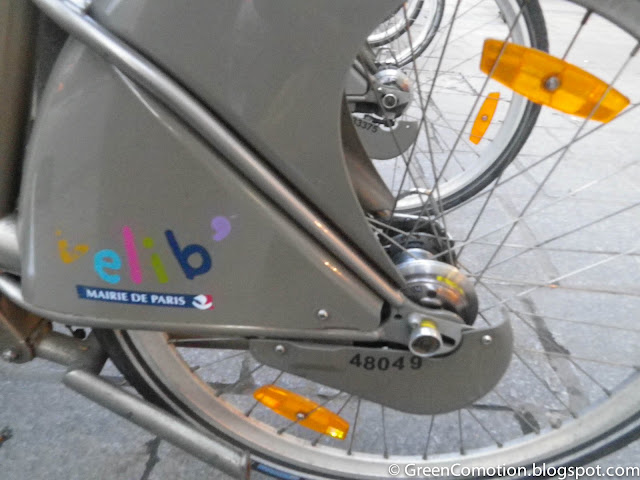 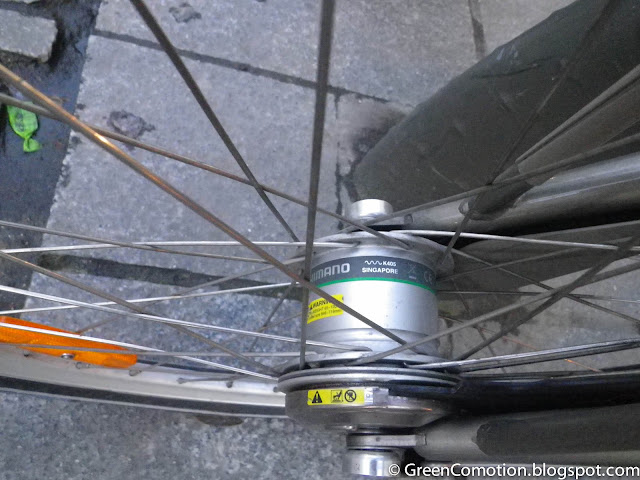 4) Velib bicycles have a front basket, so one can carry her/his handbag/other valuables or shopping bags. 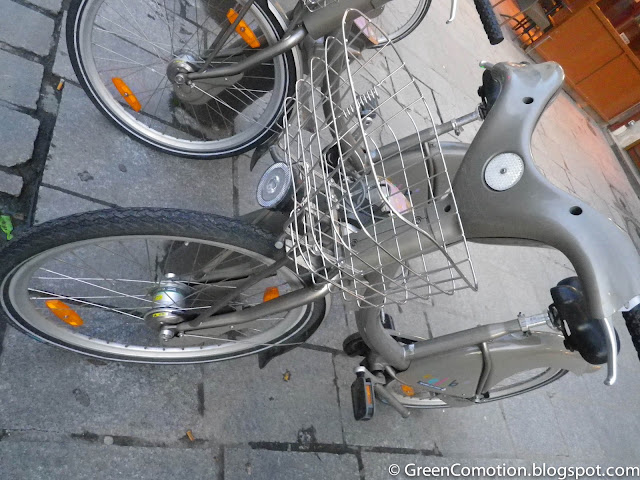 5) All Velib bicycles have a kickstand.
6) Each Velib bicycle comes with diagrams on its handlebars that give some common sense directions on how to drive a Velib safely. Paris has bicycle lanes all through the city (at least all the places I saw in Paris had a bicycle lane and I went to quite a few places in the City of Paris). 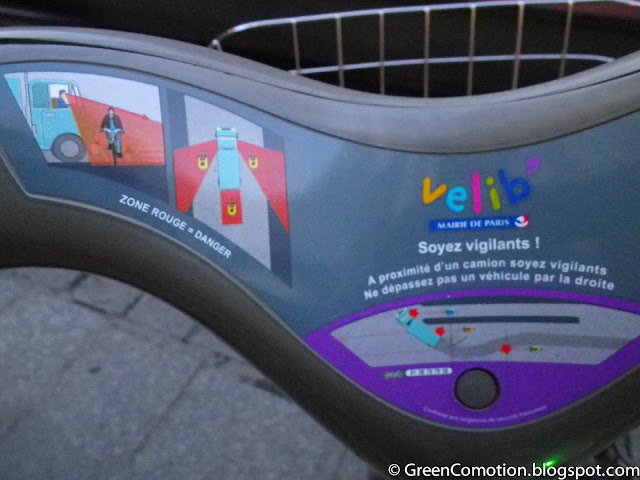 More directions on how to operate the Velib bicycle! 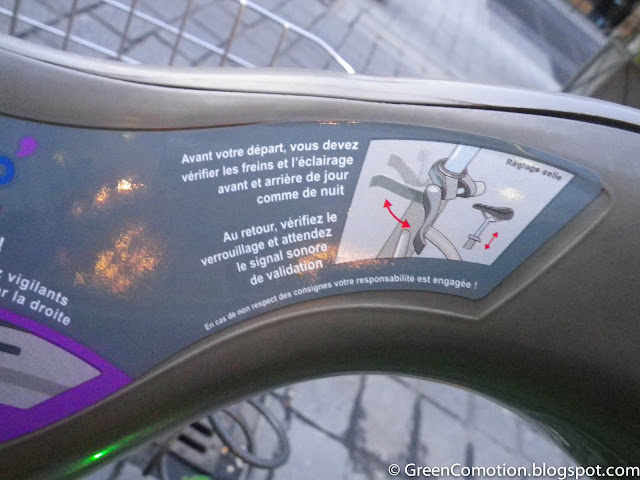 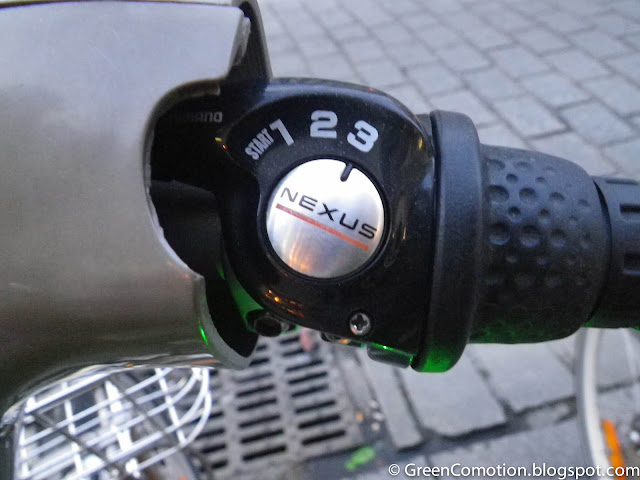 To ride a Velib bicycle, a helmet is not mandatory, but I believe Velib boutique sells helmets. I didn't see a lot of Velib riders with helmets on. Most Velib riders were in street clothes. 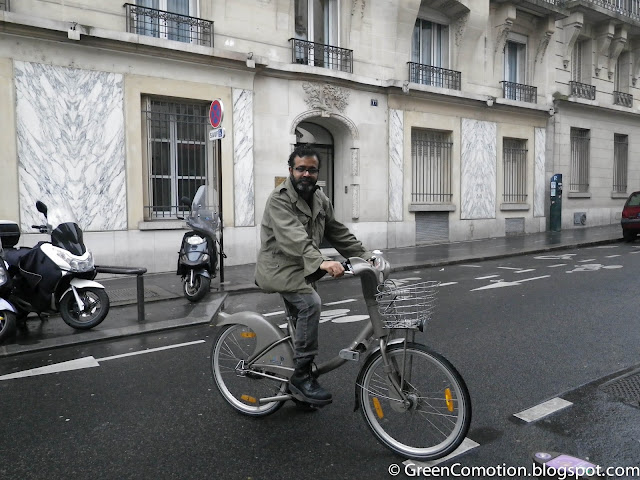 Velib bicycles are maintained very well. However, you may find an odd one that is not in top notch shape. So, before you roll out, do you an ABC quick check. In fact, I recommend you do that with all bicycles, Velib or otherwise.

In all, I was very happy with the Velib system. I only wish I had more time to ride one. Who knows that future holds? :)


Have a Happy Memorial Day/weekend!