View 1.0: Where there is the willingness to accept others, there is a great place to co-exist!
Seen at the Arch de Triomphe in Paris, France! 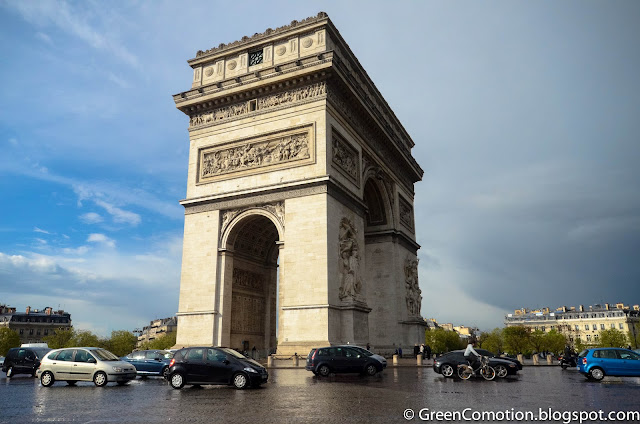 See the cyclist amidst all those cars? The cyclist is driving his bicycle in a vehicular fashion: predictably, moving with traffic, in the direction of the traffic, obeying the rules of the road.

Yes, it is possible for automobiles and bicycles to co-exists. Heck, there is plenty of room in this world for every creature, animate or inanimate, to co-exist; live alongside.

Bicycles are no exception!

View 1.1: Street scene from Avenue des Champs-Élysées, Paris, France
Notice the pedicab adjacent to the bus? It is not in a bike lane. While it may be one equipped with electric-assist, it still can not fly as fast as an automobile or a scooter. Yet, it has a respectable place in traffic. Why? It is because the French have accepted bicycles as vehicles and hence they too have a place in traffic. Something some American cities should learn. Hopefully soon! 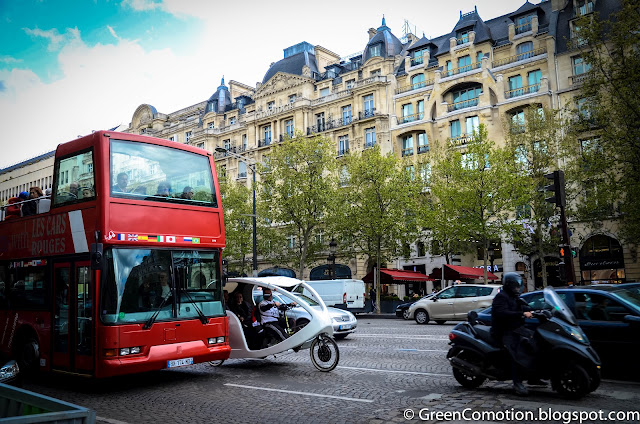 View 1.2: Street scene from Avenue des Champs-Élysées, Paris, France
Velo = Transport! Damn skippy! I wanted to ride one of these, but I felt guilty that the driver will have to work hard carrying my fat American body :) Perhaps, next time, after I lose a bunch of weight :) 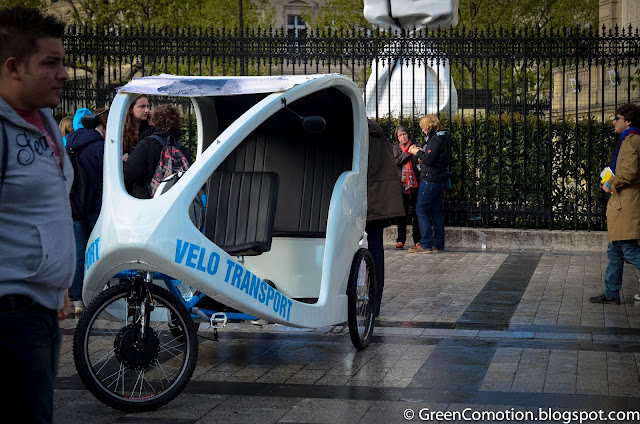 View 1.3: Street scene from Avenue des Champs-Élysées, Paris, France
This pedicab guy was so busy. He seemed to be always working. We were on Street scene from Avenue des Champs-Élysées for several hours and saw several pedicabs. They were busy, carrying tourists and the locals, from point to point, polluting the least amount. It was very heartening to see alternate modes of transportation. No, I don't mean a hybrid car, although I have not anything against them. 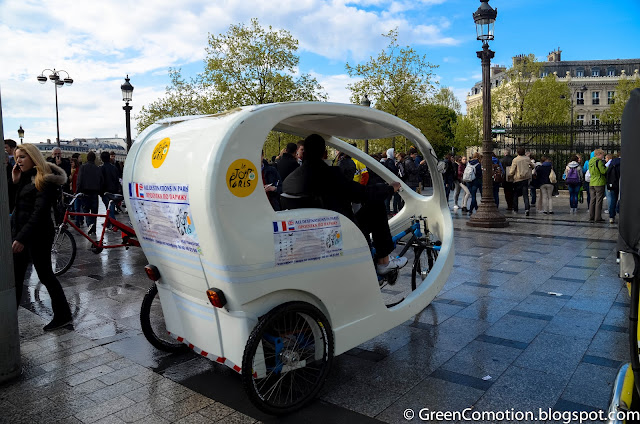