While I was in Paris in April this year, I did not go to many bicycle stores. In fact, I think I went to only one bike shop. And, that too was an electric bikes only outlet.

I also tried to stay away from big malls and such. I made one exception and went to Galeries Lafayette.

There was another instance when I went to a mall. When we went to visit our friend Amir, he took us around to show us his stomping grounds. During this visit, I happened upon a Sporting Goods store, in a large shopping mall near the Metro stop at Place d'Italie. I wasn't looking for anything in particular, except I was curious to see what one of these French Sporting Goods stores carried. This store wasn't much different than a Sports Authority or a Dick's Sporting Goods, that we have here at home.

Just when I thought I didn't see anything that I would not have seen in an American Sporting Goods store, I happened upon a large collection (50+) of folding bicycles. And, these guys were on sale - €50 off the regular price of €299. 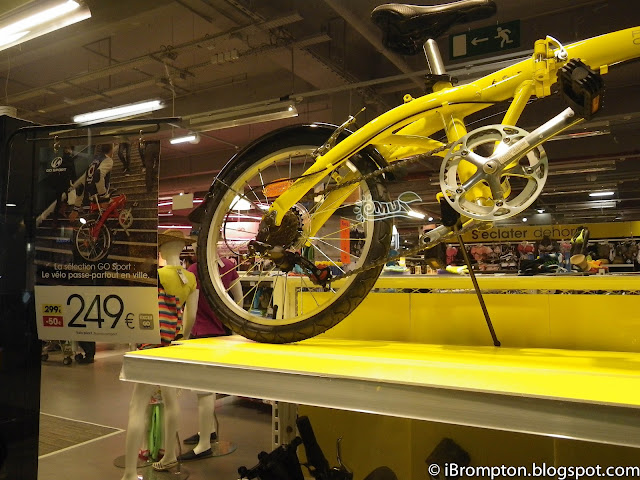 While I did not test ride any of these, just by examining them visually, they looked like decent bikes. Especially because these were folders, one might be able to take them places, much easier, especially in Paris. 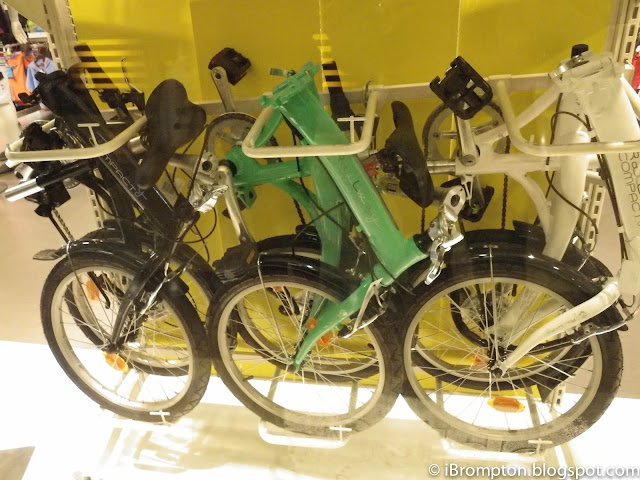