During our vacation in April, it was by sheer luck and the brilliance of my lovely wife that we happened upon one of the coolest bicycle related places in Paris, France. On our way back from La Chappelle, in the Le Quartier Indien, my wife points out to me and says, "Chandra --- check it out, it is a Bike in the balcony". Well, at least that's how the whole experience began.

Little did we know that we had come to the very core of Utility and Critical Mass Riders of Paris. In this post, I will try and bring to you a different dimension of bicycling in Paris. Not just riding the Velib, but driving one's bike, like it is meant to be.

Le Atelier Velorevolutionaire is right in the heart of Marais, less than a city block from the Bastille Opera. It is also very easy to get to by bicycle. It is right off of rue St. Antoine. 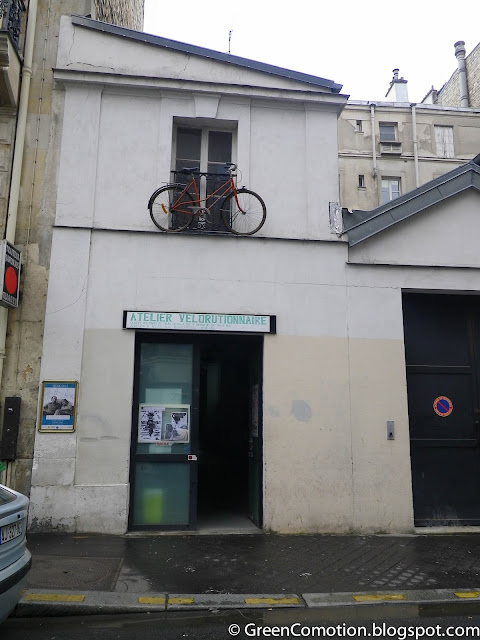 Le Atelier Velorevolutionnaire is the place you want to go to if you want to fix your bike on your own, but you didn't have the tools or didn't know how. It is very similar to "Bicycle Works" of St. Louis and other outfits in other cities, here in the US of A. These guys are a not-for-profit organization. Their beliefs are very similar to many of mine - Live and Let Live!

We met some very fine cyclists at this place. In fact, one of them, an Italian native, has been to US many times; and, has ridden his bike in Boston, MA. And, has been to Dallas, TX. Whoda thunked?

Being a bicycle aficionado that I am, I immediately fell in love with the place. So, we hung out there for an hour or so, chatting it up. I talked to these guys about the LAB, bicycling in DFW, my blogs etc. They seemed very curious to know about all that I do.

There were some very cool tall bikes at the Le Atelier Velorevolutionnaire. I have never ridden a tall bike. I have test driven a Penny Farthing though! 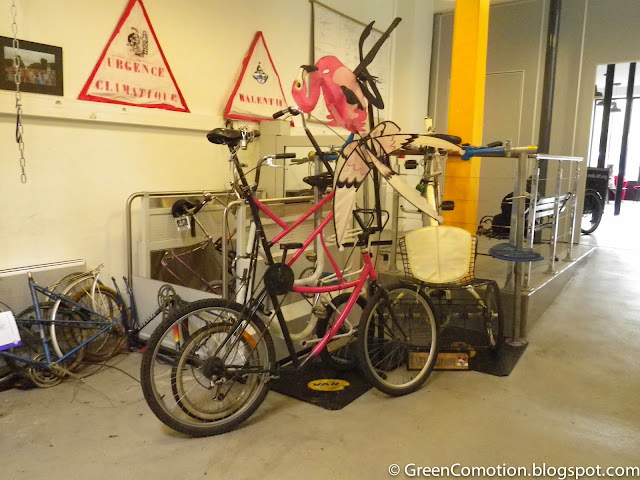 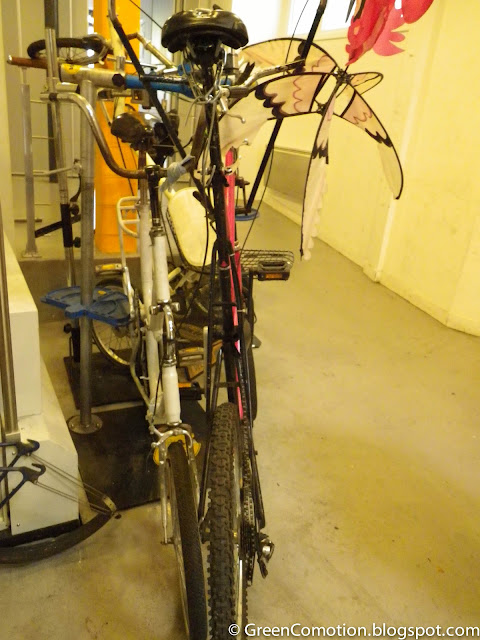 The back portion of the Le Atelier Velorevolutionnaire was used for conducting some cycling related classes/seminars, by Maison Du Velo, which is a for-profit bike store in Paris. 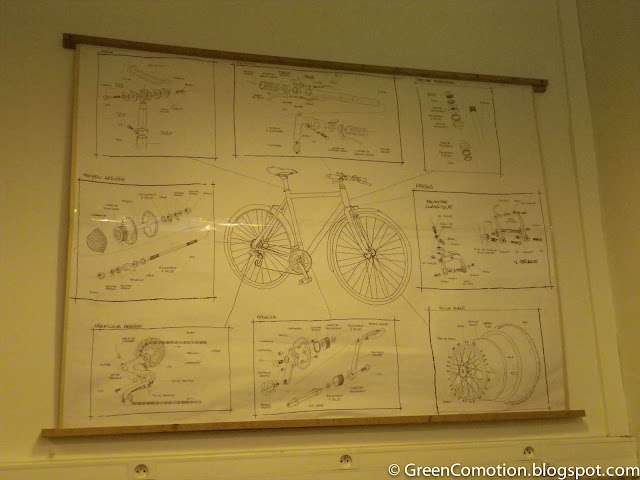 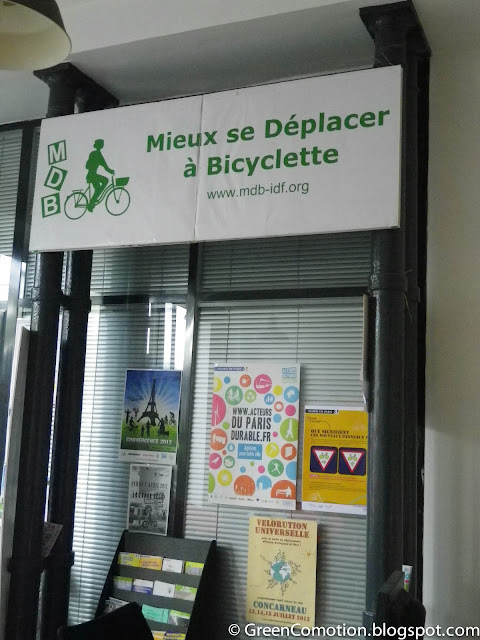 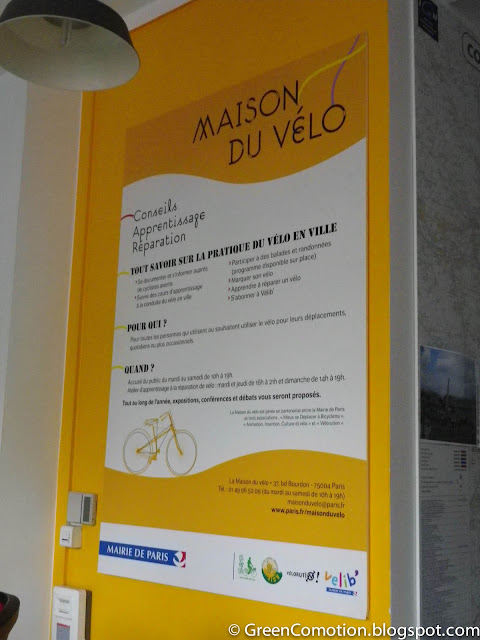 Wanted Dead or Alive. Now, it is that serious! 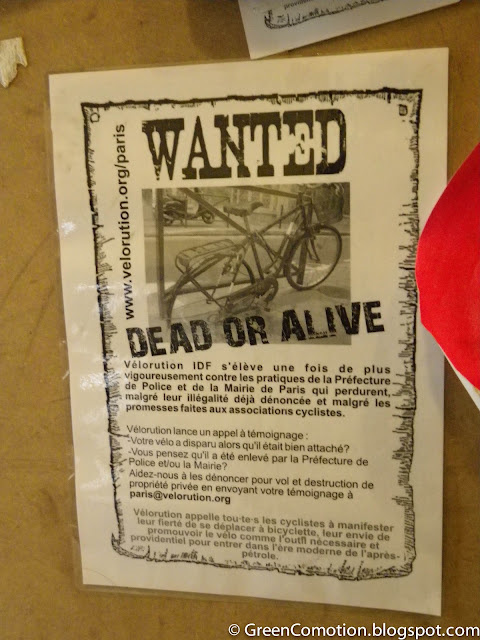 After hanging inside for a while, eventually the guys at the Velorevolutionnaire put some of the bikes outside for display. It was a nice, crisp, warmish April day in Paris. People started to stop by and it was time for us to head back to the hotel to chill. 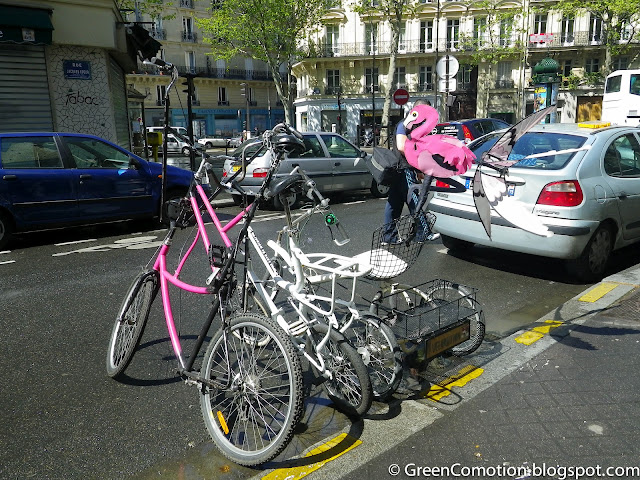 So, we headed back to the hotel.

On the night before our trip back home, there was a Critical Mass Ride, organized by this outfit. I was thinking of going, but given we had to leave the hotel at 3 AM, I decided it was best done another time.
Hopefully, I will get to go back again.

Hope your personal Velo Revolution is going the way you want it to go. Mine is, more or less!