I seldom watch programming on television. I mostly like to watch movies, about 2x a month. But, recently, while programming the television, I found a local channel, telecasting a show I couldn't quite pass on. 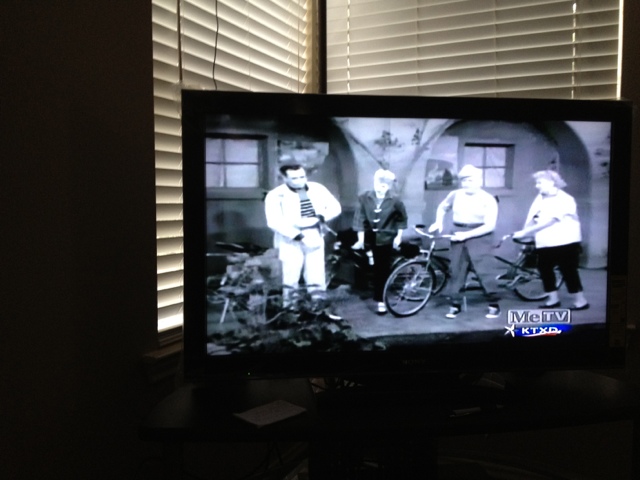 Yes, it was the I Love Lucy show, where the four of them ride their bikes in Europe.

I haven't watched any comedy sitcoms in ages (over a decade plus), especially ones like the Lucy Show, I Love Lucy, Are You Being Served, etc. So, this episode of the I Love Lucy show was quite entertaining, because it was really funny and also because it involved bicycles.

Apparently, cycling was shown as a normal part of life, back then. I can't think of any new sitcoms that I have seen where people ride their bikes (perhaps with the exception of the show Wings). But, I don't watch enough TV, so I will leave it at that :)

Have a Great Week!