This morning, I left home around 0500 hours, to photograph Chandra, the moon. Brahma and I rode to the BNTF and a bit beyond on the Campion Trail. I was particularly interested in riding a bit and taking some photographs of the moon and the rising sun. I did not have a lot of luck with the rising sun, partly because it was kinda cloudy in the east and partly because I was too worn-out by then. You see, I stayed up till about 0400 working on some projects, including the sprinkler system. I don't mind staying up, as long as I don't have to drive some place while sleep deprived or have to go to work and sit at a desk for hours on end.

Anyhow, the ride was enjoyable, with not too many people on the trail. But there were some avid joggers. I took some photographs, in low light, using only the ambient light. Some photos turned out good and some did not. Here is one that turned out good. 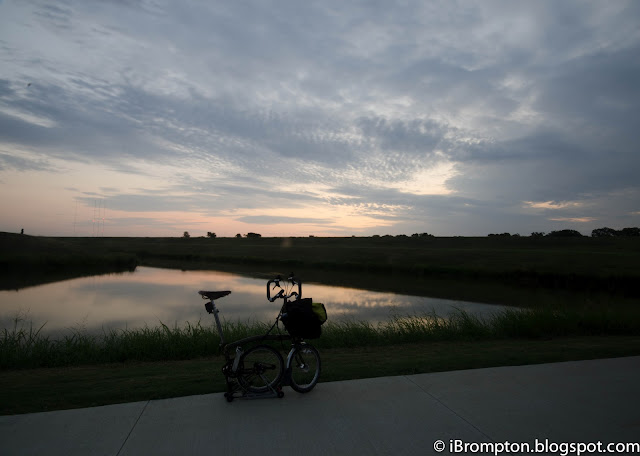 A short while later, the sun started peeking in the east, but there was quite a bit of cloud cover. I took Brahma for a short ride along the unpaved path, so I can take some photos. The path you see here is primarily used by City of Irving's maintenance vehicles. I ride the Nomad on this path sometimes. While Brahma can handle very short stretches of such semi-rough surfaces, it is a job better done by my Americano or the Nomad. 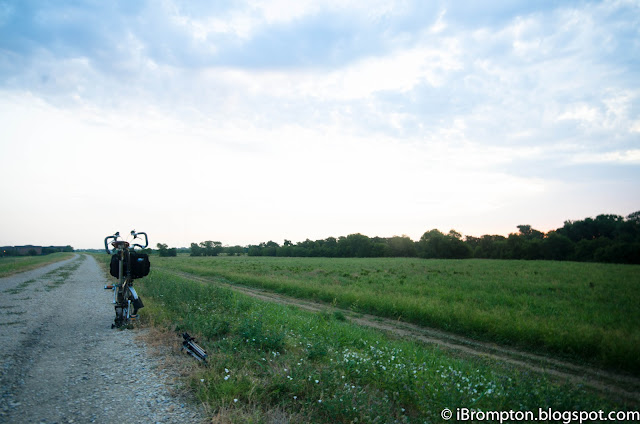 Brahma, checking out the southern sky! 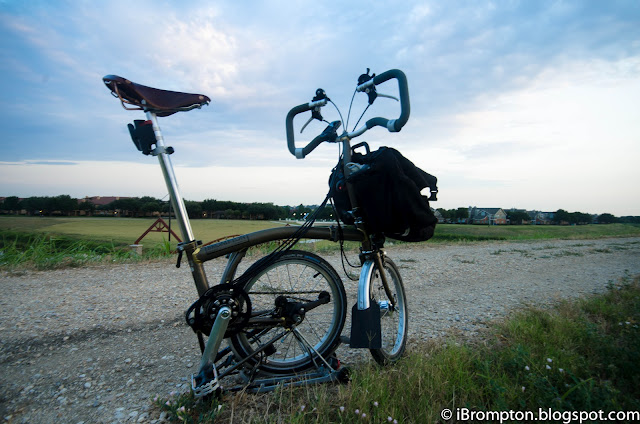 A view of BNTF with very little traffic on the trail, during sunrise. It was quite pleasant this morning. 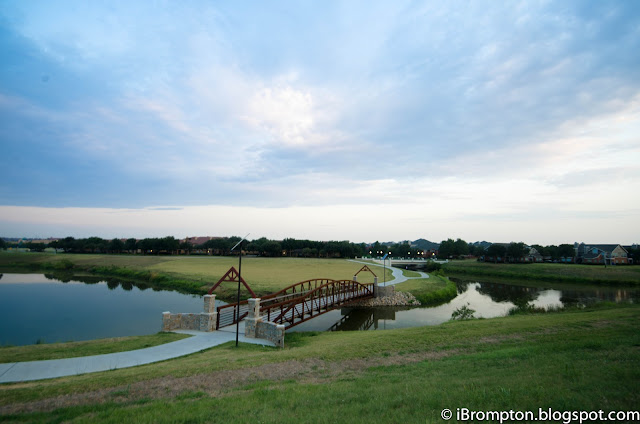 I was very glad I got out to ride and beat the heat. Now, it is time to think of indoor activities, until the sun goes down for the day. I am sure I can think of a project or two, to be done in the garage; better yet, catch-up on my blogging!

I hope you are not affected by the extreme heat waves of this summer.