Ever since I got a wheel with the dynamo hub built for the Americano, the stock wheel that came with the original build has been hanging in my shop. It has hanged there for quite a while, as I seldom ride the Americano without the dynamo wheel. It wouldn't make sense to ride it without the lighting. So, the spare wheel built on a Velocity Dyad has been resting. 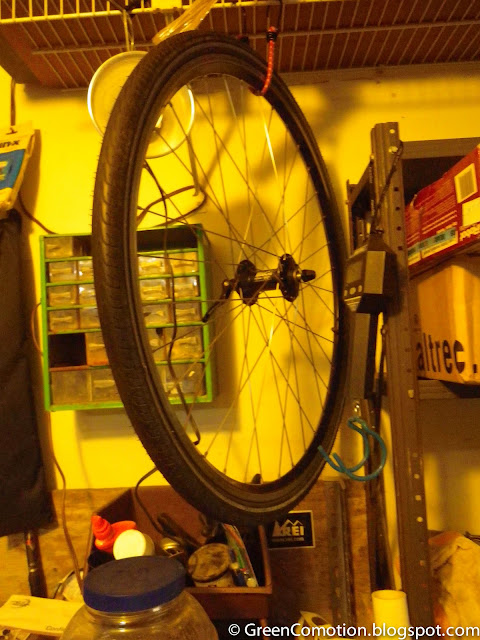 All was well, until, 3 months ago, when I heard a strange voice coming from the front wheel. At first I thought the SON was acting out, but it wasn't the dynamo. I wouldn't expect any trouble from such a high quality piece of equipment like SON anyways. It was too dark to see anything clearly. So, I rolled the bike around a bit and the noise went away. Alas, I didn't bother to do a thorough investigation.

Two weeks ago, I decided I would the Americano on a Saturday morning ride. So, I got all excited about the prospect, aired-up the tires and got on it and BAM. The crazy noises started again. I thought the wheel was out of true, but that was only the secondary failure; I saw one spoke had popped out of the rim. I checked some more and there was more than one spoke in despair. 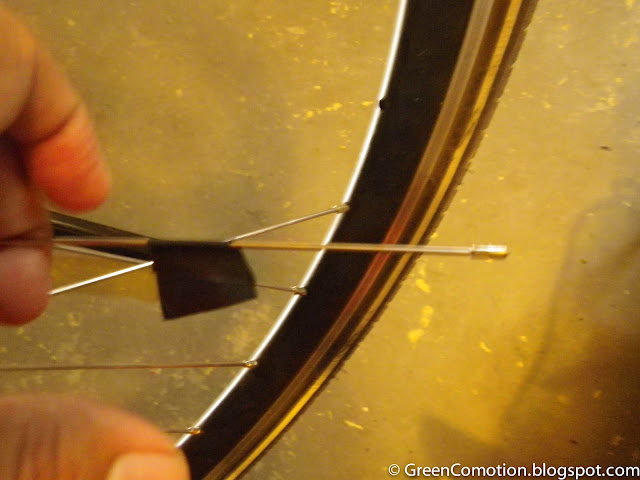 So, I took the dynamo wheel off and put the stock wheel on and carried the spare on the Americano, to REI Dallas. 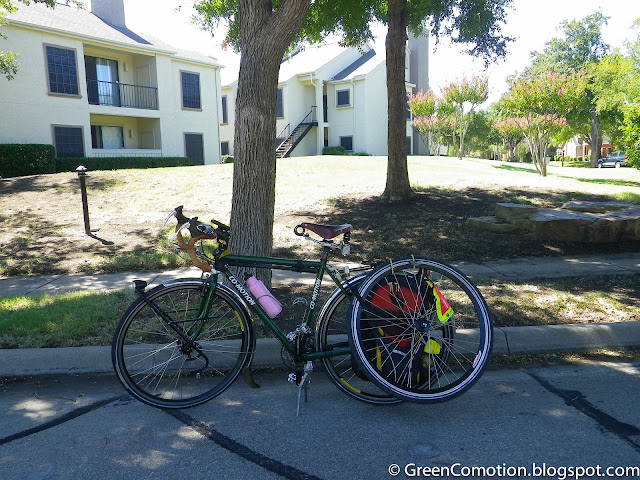 When I got to the shop at REI, Jerry pointed out that there were a total of 5 spokes out of the rim. What was crazier was that there was some kind of nasty smelly liquid inside the wheel. I have a suspicion that the cats of the house are messing with my bicycles. Now, cats, if y'all are reading this post, please note: THIS AIN'T COOL :(
Jerry was nice enough to accommodate my repair into his busy schedule. After I got done in the bike shop, I browsed a bit and then headed back home, with the dynamo wheel back on the bike.
So, I learned a new lesson. It is not just enough to do the ABC Quick Check, but it is important to do the ABC-CYS Quick Check; CYS = Check Your Spokes! Better yet, don't think anything for granted!
Happy Friday!
Peace :)
on September 21, 2012