Yes, I know the title is rather long. The original title was: Mystery, Helmet-Cam Head and annoying bicycle races where commuters are pushed off the road! I shortened it subsequently. I have, of late, been remembering many of the stories I read to my daughter; and, that has influenced the titles of my posts, shall we say? :)

I think it was two weeks or so ago, that I went to REI. I took the Campion Trail from my home to get the Valley View Road. Just before I got to Valley View, I saw a bunch of Police Officers on the trail. Needless to say, I was curious. I asked one of the officers if everything was okay. His response was rather terse. "Did you see anything?", asks the officer. I said I saw absolutely nothing, which I did not. I did not see anything suspicious or out of the ordinary. In fact, I rode the trail with my buddy Ron, earlier that morning and all was well. It later occurred to me that the Policeman could have wondered if I had recorded any footage of anything suspicious using my helmet camera. Rats!

Next, I saw a few Police vehicles and a Fire Engine parked on Valley View and I saw a TV Camera Crew on the trail. I immediately knew something was up. However, I pushed on to go to REI, on Valley View. I had a wheel to get trued! BTW, if you look closely, you can see a police boat on the trailer in the picture below. 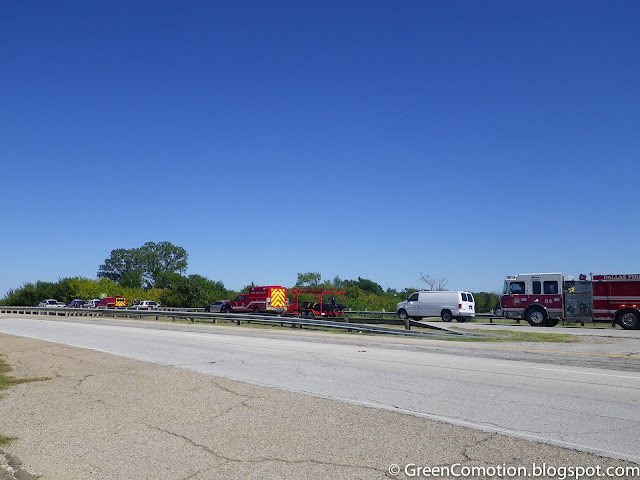 As though the first part wasn't exciting enough, the second part of my journey had its own surprises in store for me. Valley View is a divided thoroughfare. On this particular day, however, the east side was closed off. 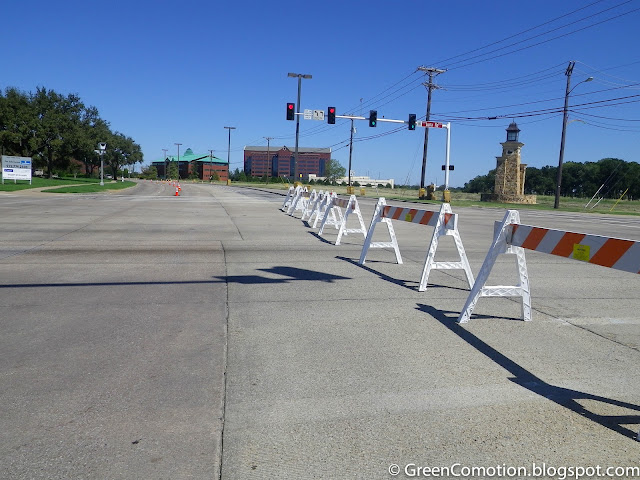 Apparently, there was some "important" bicycle race, or an organized ride. The Police told me not to ride there, even though there were 3 lanes wide open there. There weren't any other bicyclists riding there. In fact, during the 30 minutes or so that I rode on Valley View, I think I saw a total of 3 bicyclists riding on the east side. 3 cyclists, for Pete's sake and they tell a commuting cyclist not to ride there. I felt  it was highly uncalled for! Even if there was a race, the riders would not have been handicapped by one lone commuting cyclist on the road. Grrrrrrr!

I wasn't gonna let this balderdash get me down. So, after I got my wheel fixed at REI, I got myself a nice little treat, to cool off. 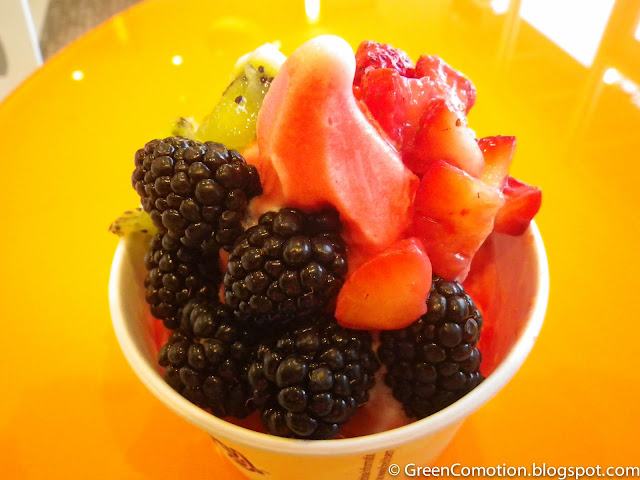 When I returned home, I got on the internet and searched for incidents around the Campion Trail. Lo and behold, there was an incident. Rather a sad one. A teenage girl's body was found in the Trinity River :(

I thought I was living in a rather safe place. Am I? Really??