Latest bike at the Marta - a cool Dixie with colorful tires. You know you're special when...

While most bikes are not permitted inside the Chattahoochee Nature Center, Brahma was not only invited to come in, but was given a very comfortable and spacious accommodation.
How cool is that? It warms my heart to see another bike, especially a full-size folder. 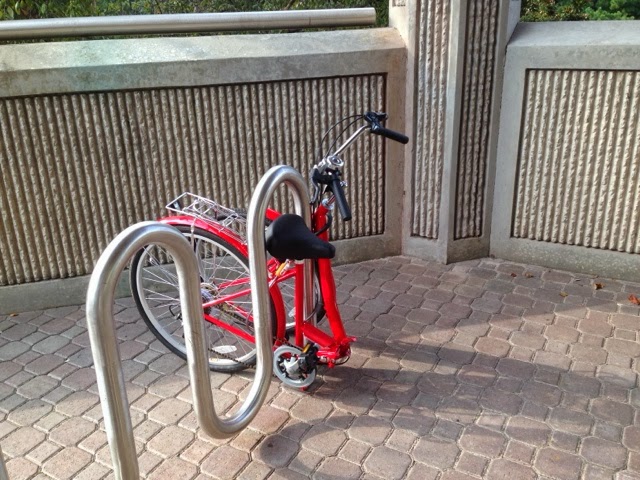 Harassment, Endangerment and Assault by an automobile - Georgia Style

You would think that by now, having been honked at, yelled at, driven off the road, by several motorists, by now, I would have learned my lesson and let the motorists have the road right? No, I haven't. And, I would not expect that from you either, my dear readers.

My mission of striving for fair and equal treatment continues, here in Atlanta, Georgia as well.

The car pictured below, was in a huge hurry to pass me in a stretch of roughly 100 meters, at the intersection of Dogwood Road and Riverside, in Roswell, Georgia. The time was around 7 PM in the evening. I was on my way back from work.

As you can possibly imagine what transpired, I will save you the boring details, such as honking, yelling, etc.

But this particular driver had the audacity to try to run me off the road, by flying past me at a very high speed, narrowly missing me. I wonder if such people will kill, if only they knew they wouldn't be caught! Photo below was taken using my portable camera, which hangs on my belt loop. Trying to save my skin, I couldn't take a better picture of the offender. This was as good as I could. Unfortunately, one does not need a front license plate in GA. And, by the time I got to a safe location, I could not take a photo of the rear plates. Well, for that matter I would have need a high-speed zoom lens and a DSLR or something better, to have successfully photographed the rear license plate of this individual. 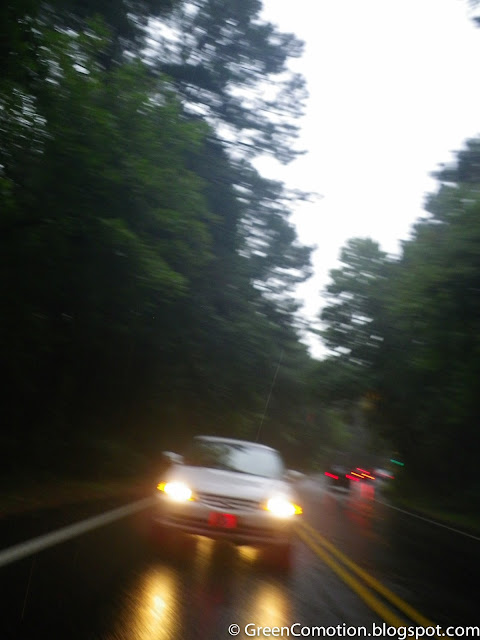 I pulled over at the park by the Chattahoochee and called Roswell non-emergency Police number. An officer showed up after a while and was professional enough to assure me that I wasn't doing anything wrong and if I could give him the plate number, he will be able to investigate further. I told him I did not have a clear photograph, but that I would try to extract one from my helmet cam. He gave me his card and told me who to send the photos to, if I extract some clear images from the digital footage. Thanks a bunch to Roswell PD for dispatching an officer when I called! Thank you, thank you!

I did not have much luck with the extraction. The image was fuzzy.

Now, I have been harassed at least 2-3 times on Dogwood. I thought long and hard about it. That is when the wise words of my friend Steve came to mind. Steve and I were chatting it up one day and he pointed out that he wouldn't ride on MacArthur Blvd in Irving, even on a Sunday. "It is not a pleasant road to ride on, even when there is no traffic...", said Steve. In my opinion, Dogwood is comparable to MacArthur in terms of how unpleasant it is for cyclists and pedestrians. Mind you, I am not asking for a cycle lane or a cycle track or some million dollar widget. I am simply asking that Roswell Police patrol this area enough and make it friendly for all types of vehicles. Not just for cars!

Guess what? The LAB has given Roswell a Bronze Status for its Bicycle Friendliness. I say, why? If I had a say in it, being a Cycle Commuter in Roswell, GA, I would vote them down. Not just because of the constant harassment of cyclists by motorists on streets like Dogwood, but also because of the lack any decent roads to get to any stores or restaurants or libraries by bicycle.

I contacted a local Bicycle Advocacy organization regarding this. I got a bunch of electronic balderdash for an answer. I have contacted the LAB and let them know how I feel about the Bronze status as well.

I am yet to see another cycle commuter, who obeys the traffic laws, in Roswell. I do not count those who ride on the sidewalk, even if they ride a $5K bike; because, I have seen a few of those too, although they weren't commuters.

That's my story, for now.

Hoping for better conditions for all vehicles on the road.

We are slowly, but surely, making progress towards settling in our new city. We had a few hurdles, but luckily, things are slowing down and coming to fruition.

During one of her explorations, my wife found a great, 100% vegetarian South Indian restaurant in Norcross, GA; about 10 miles from us.

The restaurant is called Rajdhani. We have eaten at Rajdhani several times since the 'discovery'. Each time, we come out very happy and with a full stomach.

Rajdhani serves foods from both South and North India.

Here are some examples of the types of food you can expect... 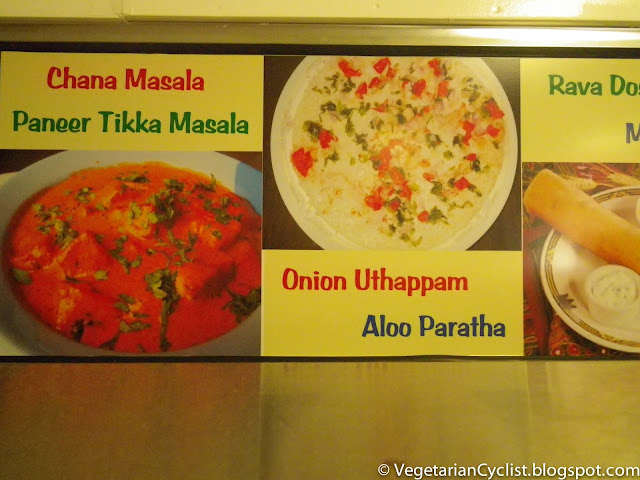 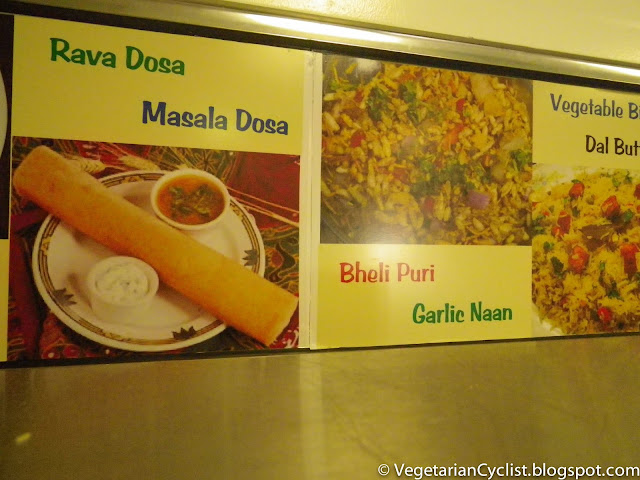 A casual, yet very relaxing atmosphere, without the blaring dance music and televisions. The calm atmosphere makes the dining experience much pleasurable. 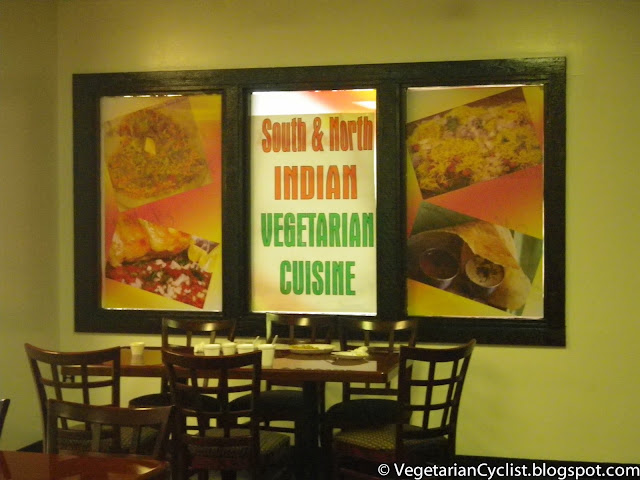 Below are some of the items we ordered, during one of our visits.

Puliyodharai - Tamarind Rice
Next to mom's version, this is the best Puliyodharai I have tasted in a long time. 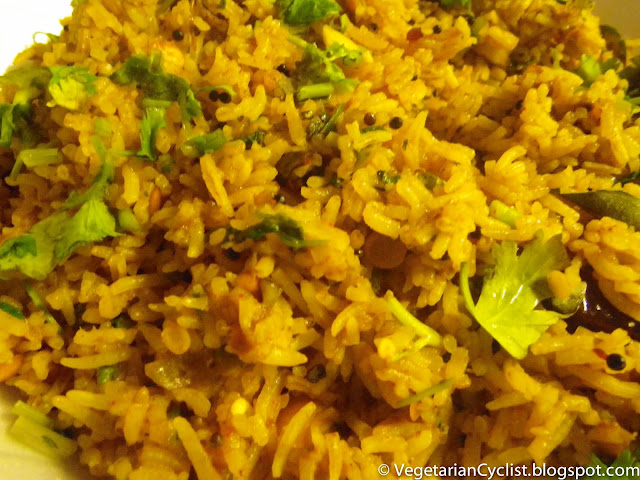 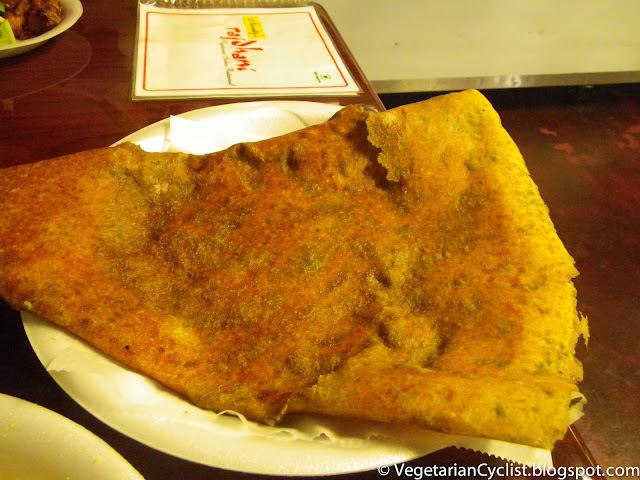 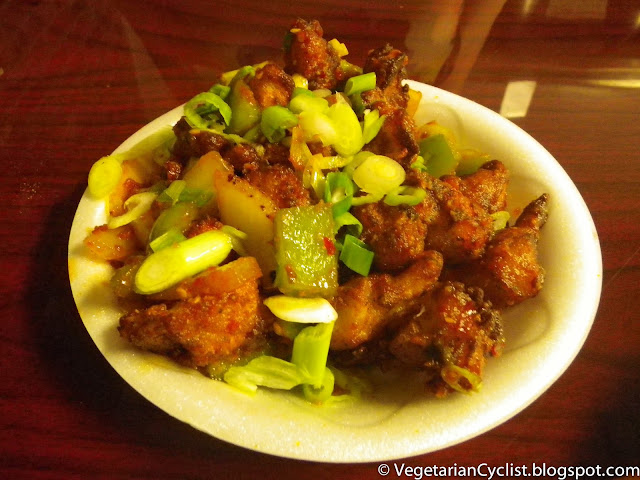 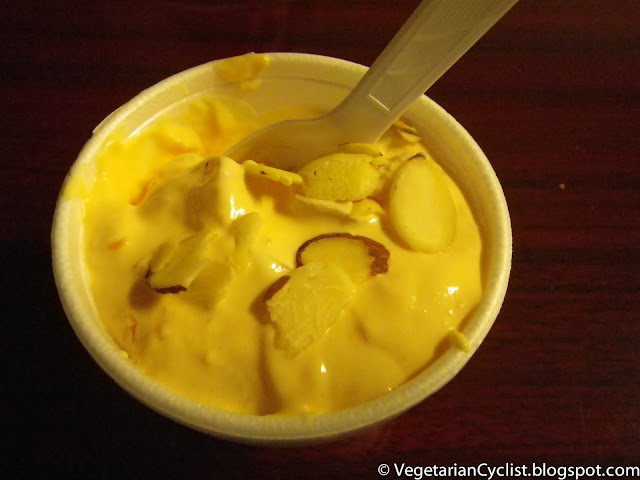 Here are some great things about Rajdhani:

Rajdhani also caters to parties and other occasions. Please contact Kiran @ 678-580-0905.
Here is the contact information for Rajdhani. 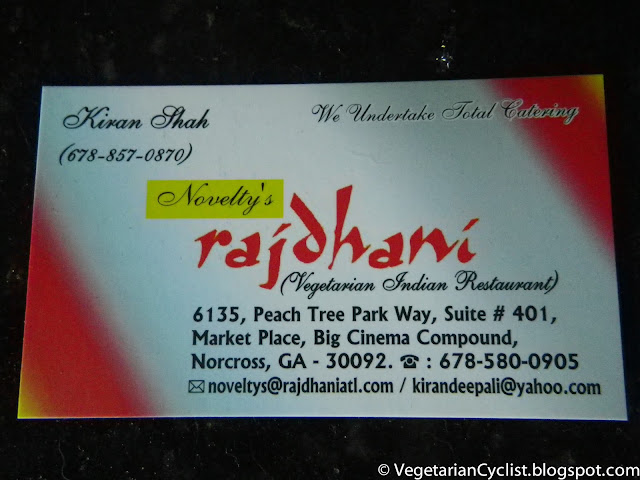 To summarize, I consider Rajdhani to be one of the best places to get some vegetarian food. I recommend them very highly.
I will shamelessly admit that I live to eat. I love to cook and I consider myself a good cook. I learned to cook by watching my mom cook.
The food at Rajdhani is so delicious and authentic, that, if I were to take my parents out to eat, Rajdhani would be on the top of my list. No doubt in my mind about this!
I give Rajdhani A+++ rating. Great job, Kiran et al.
Paz :)

PS. Vegans can relish many of the items on the menu at Rajdhani too. Just ask for items without dairy products.
on September 15, 2013 No comments:

I have added a new workout to my daily commute. 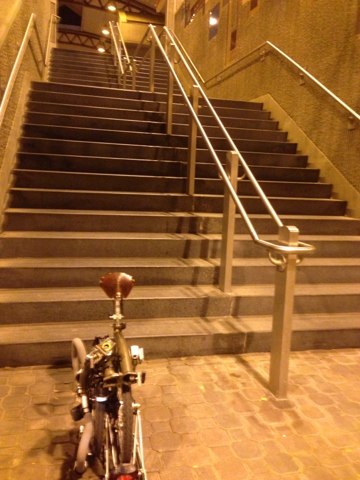 You guessed it right. It is climbing these (and ones with more steps) 2x a day, carrying my Brompton on my right arm, with my T-bag on my left shoulder.
First when I started my multi-modal commutes, here in Atlanta, I used to take a sett on the bus. Now-a-days, I don't do that either. I simply stand by the exit door in the back of the bus. Somehow standing feels more comfortable these days, especially knowing that there is usually a day of sitting ahead, at least on the way into work.

My commuting continues, albeit at a slower pace than in Irving.