Recent viewing of the meditation cushions at the Kadampa Meditation Center and online, brought back memories of a Palagai, a Floor Level Bench (or chair), which is primarily used in Southern India.
The palagai is not only used for pooja and meditation, but it is also used as a general household item; in many applications, such as 1) a seat to sit on, 2) a stepping block to reach something high up in a shelf or cupboard, 3) a seat to sit on and dine, when there is not a dining table, etc.
It dawned on me that I did not necessarily need a meditation cushion, but in fact I could make myself a palagai, with some Red Oak from Home Depot. After a bit of planning, drawing a few sketches of the end product that I had in mind, I visited Home Depot, with my neighbor (who has the big wood workshop; I only have a few tools and I am not fond of table saws and such).
After a careful examination of the wooden boards available at Home Depot, I decided that I would be perfectly happy with a 24X18 (lengthXwidth) palagi. I decided that I would in fact make 3; the second one for my lovely wife and the third one for my nephew, who lives close by.
So, we bought one piece of Red Oak and got it cut the way we wanted and came back to my neighbor's workshop, where he helped me make the legs and also rounded four corners of the top board of the palagai using his router.
After that was done, I glued the legs to the top boards, sanded the wood so there are no sharp edges or tiny splinters anywhere. After that I put two or three coats of polyurethane on the three palagai.
The final touch was to use a pyrograhing tool to write/burn something meaningful on my palagai. I wrote the word STAY on it, as shown below. In fact, staying put, both in the mind and in the body, during meditation are some of the biggest lessons of meditation. 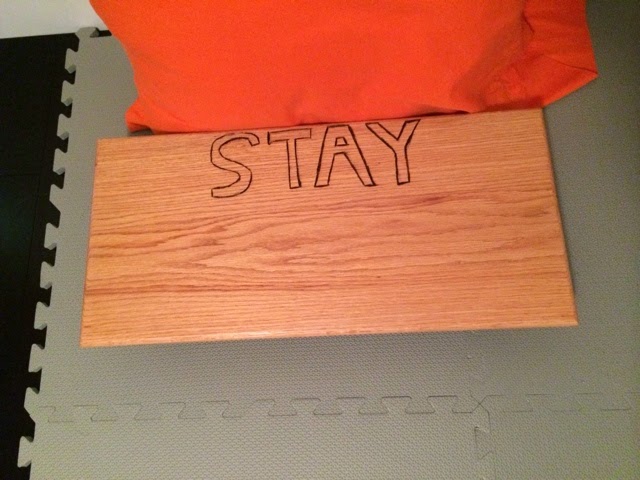 On my nephew's palagai, I wrote his name in Tamil, made a boo-boo and fixed it using a Dremel tool and some putty. Had to apply poly again, but no big deal. The palagai is our gift to my nephew for his upcoming wedding.
Shown below are the legs of the palagi. One can make them a bit more ornate, but I figured simple does it for me. 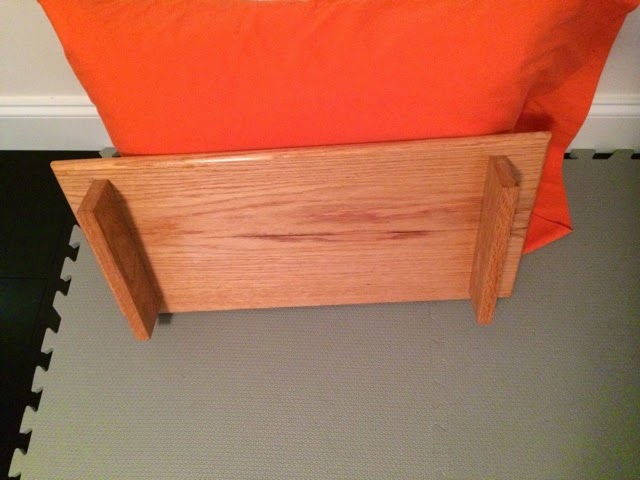 Last, but not the least; the palagai are ready for me and my wife to do meditation together, in my studio. 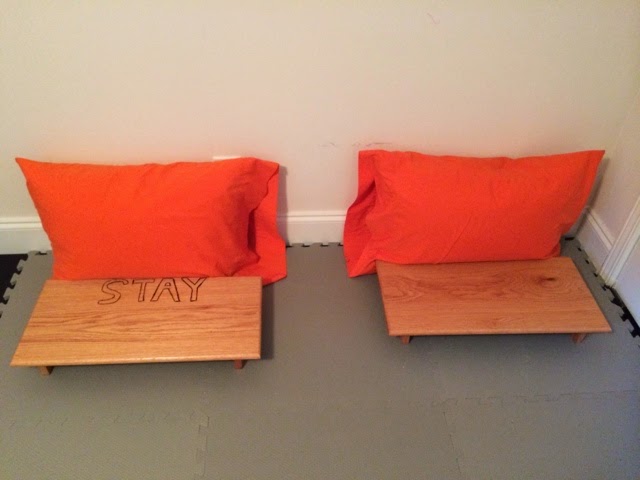 We plan to use the palagai as often as we can, when we meditate.

For me, the biggest advantage is that the palagai helps keep a good posture and my legs don't go to sleep unlike sitting on the bare floor.

Also, I particularly enjoy sitting on the palagai, next to Shaggy, who seems to enjoy my company.