The signage in the picture below can be seen on South Coppell Road in Coppell, Texas. For those who may not know, Coppell is a small suburb of Dallas. With the recent boom in traffic in Dallas-Fort Worth, bicycling in the thick of traffic has become somewhat tedious.

On a recent commute, I saw the signage in the picture and was pleasantly surprised to see it, as I often commute on a bicycle in Coppell and surrounding areas. 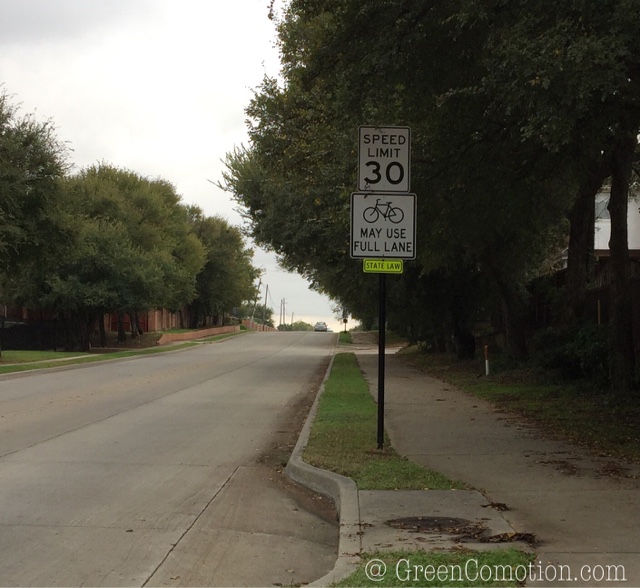 I also noticed similar signage on not just less busy roads, but also on very busy roads like Sandy Lake and Beltline. Now, this is good news for cyclists.

I am not saying such signage is a must for one to bicycle on our streets. At least now, the bicyclist need not pull out the Traffic Rules booklet to explain his/her lane position to a skeptical automobile driver :)